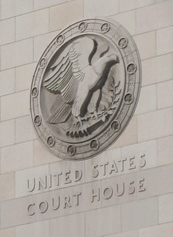 An alleged immigration scammer who claimed to be the supreme commander of a non-existent army pleaded guilty to three felonies on Wednesday.

Deng, who also had offices operating in Atlanta and Oakland, may have been a fraud but wasn't a total loser, as 10 of the charges against him were dismissed.

Deng was ordered to pay $200,000 restitution, an amount that will be confirmed at a later hearing, reported the Pasadena Star-News.

Deng, a Chinese national, charged each recruit between $300-400 to enlist and $120 a year for “renewal,” duping his victims into thinking they’d be eligible to become American citizens. Unfortunately for them you have to be a members of the actual U.S. military to be eligible for expedited U.S. citizenship, and need to be at least a permanent resident alien, according to Wired.