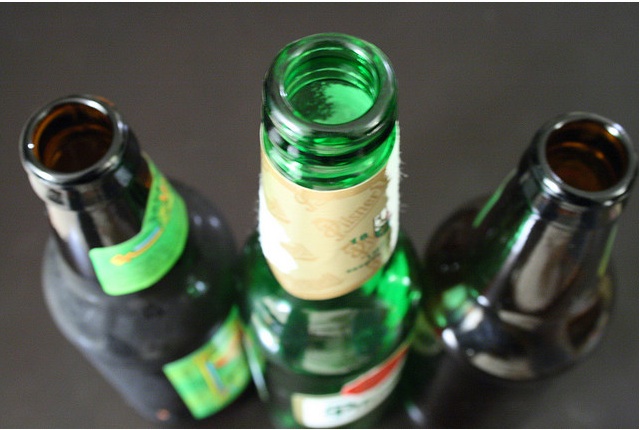 Photo by ccharmon via LAist Featured Photos pool on Flickr

A Los Angeles man tried to rob gas station customer in La Crescenta early Wednesday morning with a beer bottle, according to the Pasadena Star-News.

Police say 25-year-old Jose Hernandez approached a 47-year-old man filling his gas tank at the Shell gas station in the 3000 block of Foothill Boulevard around 1:40 a.m. and "brandished an empty beer bottle and demanded the man's credit card."

The man replied that he did not have a credit card and, reportedly fearing for his safety, walked toward another customer before fleeing across Foothill Blvd after Hernandez continued with a demand for his wallet.

Deputies located Hernandez in a nearby driveway and he was arrested and booked on suspicion of attempted robbery at the Crescenta Valley jail. He is being held on $50,555 bail.