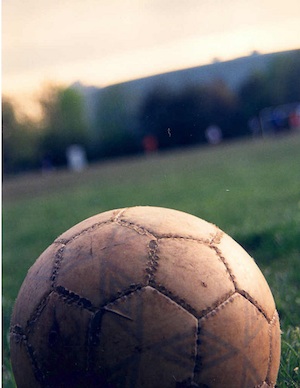 Photo by ElvertBarnes via Flickr
Los Angeles Police Department Detectives have arrested local soccer coach Jose Duarte on multiple charges of child molestation, and believe more victims may be out there, according to a news release.

42-year-old Duarte was arrested June 27 in mid-City following an investigation that began a day earlier when "a 13-year-old victim came forward and said he had been sexually assaulted by his soccer coach." Duarte was identified as the suspect. The crime allegedly occurred at the victim’s home

On June 29, 2011, Jose Duarte was arraigned by the Los Angeles County District Attorney’s Office on 15 felony counts of child molestation. Duarte is in custody and is scheduled for a preliminary hearing at a later date. His bail is set at $2.26 million.

Duarte has worked as a soccer coach for a Team called USA, who practiced and played at Macarthur Park (6th Street/ Alvarado) and at Vista Hermosa Park, located in the area Glendale and Beaudry, as well as the Gilbert Lindsey Recreation Center at 42nd and San Pedro. In addition, Duarte assisted in transporting kids at Webster Middle School for soccer practice.