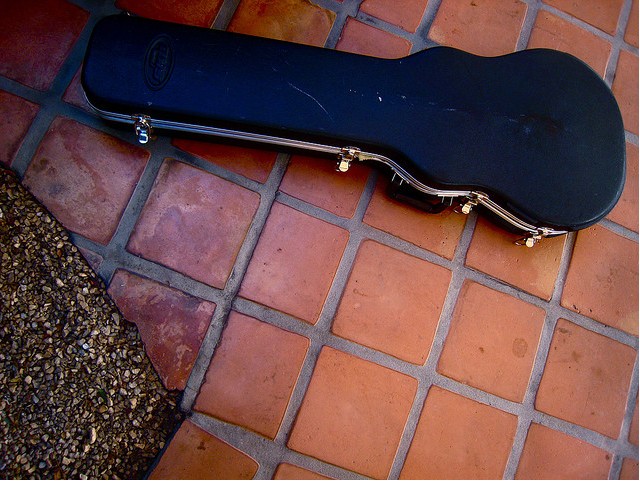 After being advised by police not to bring his guitar into a Costa Mesa City Council meeting, 69-year-old Terry Koken was left with no other option than to sing his troubles a capella. "The self-professed folk musician filled his three-minute public comment slot on June 21 with 'Pig Politics,' written by his brother about the corruption the political system breeds," according to the Orange County Register.

Koken modified the lyrics to specifically call out council members Jim Righeimer and Steve Mensinger and Mayor Gary Monahan to suggest "their main goal is to fulfill a county- and state-wide Republican agenda rather than help the city."

The audience laughed and applauded. The council did not. Said Koken, "The best way to get under somebody's skin is to sing about them.'

Koken said he believes the six-month layoff notices given to many city employees were premature. He isn't convinced the city has concrete evidence that contracting out these services will save money, he said. Even if the city chooses to retain these services after six months, some valuable employees who received layoff notices may have taken jobs in other places, he said.

The City Council is required to give six months notice for layoffs and believed the city could not afford to lose the six months of savings that would result from waiting until fall to give notification, said city spokesman Bill Lobdell.

About a month ago Koken shared his musical talent at City Hall with a rendition of Richard Thompson's "Hard Luck Stories" that he reportedly selected because of the line, "Everyone don't like something, and we all don't like you."