Black SaMo High Student Says He Was Chained to a Locker, Bullied with Noose 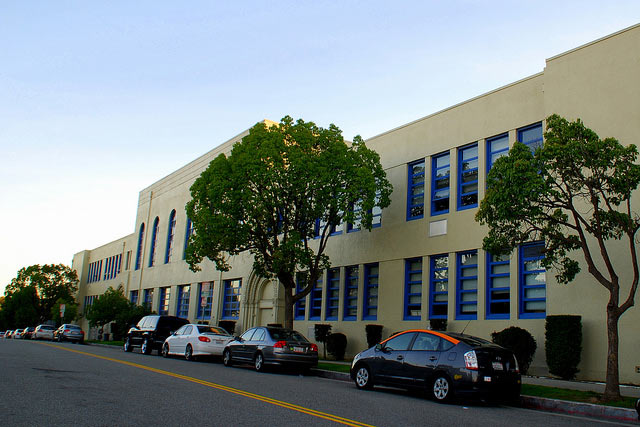 A 17-year-old Santa Monica High School student said he was chained to a locker and taunted by fellow wrestling teammates with a brown dummy wearing a noose. The incident, which allegedly occurred on May 4, was reported to police last week by the boy and his mother, Victoria Gray.

Santa Monica Police are investigating the incident as a possible hate crime and the students involved, who have since been suspended, could face charges of assault and battery based on the allegations, according to Sgt. Richard Lewis.

According to an account given to authorities, the student walked into the school's wrestling room on May 4 and found a brown practice mannequin with a noose tied around its neck. He then went to the locker room to change and two students restrained him in a bear hug and used a cable and lock to chain his pants to a locker, according to the report. The students allegedly made racial remarks.

They shouted "slave for sale," according to the Santa Monica Daily Press.

The incident occurred on May 4 but school authorities did not notify Victoria Gray until May 31. A June 16 email to parents vaguely referred to the incident as a "serious matter that warranted a swift and appropriate response."

Students have reportedly been asked to delete any photos of the incident, according to KTLA.

California education code outlines potential fines and jail time up to one year for athletic hazing.