Who watched last night's premiere of "True Blood" and what did you think? Our shorthand assessment that we wrote here last week was that it was a little choppy as disorienting but that it gets back on its legs quickly.
—-
There was a big hubbub over the season finale of AMC's "The Killing" last week didn't make sense to us. Today on KCRW's "The Business" get the full story from showrunner Veena Sud whom we don't think has to answer to anybody for her great show.
—-
Tonight's Highlights: Yes, "Weeds" and "The Big C" return to Showtime tonight (check out the above interview with Mary Louise Parker) - will these shows turn more to comedy this season (we hope)? Also, tonight's "Chelsea Lately" has a great roundtable lineup and Louis C.K. will be on "Jimmy Kimmel Live" - do not miss!!!
—-
This Wednesday, join comedian and "Conan" writer Andres du Bouchet as he kicks off a new monthly comedy show at The Bootleg Theater. The premiere show of "The Du Bouchet Center for the Performing Arts" will feature Marc Maron (see our interview with him), Tig Notaro, Dan Mintz, Charlyne Yi, a cartoon by Tony Millionaire, and musical guest The Lampshades. The show is at the Bootleg Theater, 2220 Beverly Boulevard, with doors opening at 7:30pm. Get tickets here.
—-
Also on Wednesday, our friend Greg Proops is doing his free podcast show, "The Smartest Man in the World" at Bar Lubitsch, 7702 Santa Monica Boulevard, at 7pm. If you are a thinking person that likes a good mixed drink, these shows are a treat: Greg goes off on history, TV, recently dead actors, politics, you name it.
—-
If you hated all the political TV ads last fall or have unpleasant memories of the muck slung under the guise of free speech in 2008 get ready for more in 2012, potentially a lot more. There are projections that the spending will top $4 billion, an increase of 10-25% from just 8 months ago. It's this kind of spending that refutes the idea of an independent media and should fuel election reform but how would you ever see that debated on the networks wallowing in the largesse?
—-
We're not so impressed with the BET "viewers" who voted Chris Brown a winner last night - I guess unrepentant woman-beaters deserve rewards from this community? Incomprehensible.
—-
The TV Junkie Must-Watch Plan: "Off Limits," "Weeds," "The Big C," "Chelsea Lately" (Comic Jeff Wild; comic Brad Wollack; TV personality Ross Mathews), "The Colbert Report" (Grover Norquist), "Jimmy Kimmel Live" (Comic Louis C.K.; TV personality Ashley Hebert; actress Missy Peregrym; Steel Magnolia performs)

9:00pm Off Limits Travel - Buffalo Don explores a tunnel from the 1800s, a 100-year-old powerhouse, and concrete grain elevators.

10:00pm Law & Order: LA NBC - Detectives Winters and Jaruszalski's investigation of a birthday party where all the guests were beaten to death leads them to believe the killings were drug related. 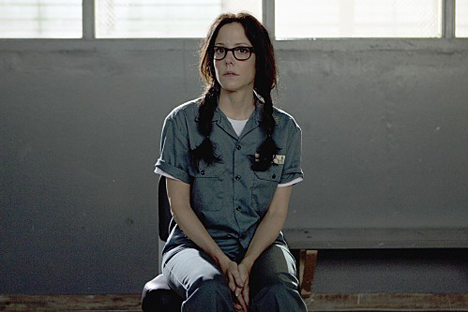