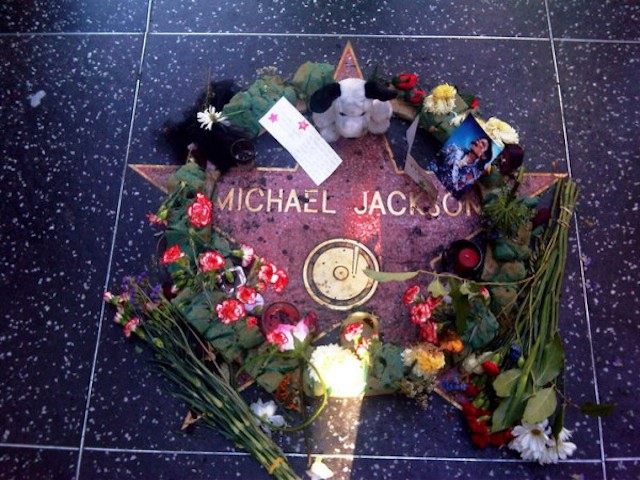 Photo by JenniferKotwal via Twitpic

Mourners, moonwalkers and megafans have set up a memorial with candles and flowers on Michael Jackson's Hollywood Walk of Fame star to honor the second anniversary of the passing of the King of Pop.

Jackson's former personal physician, the now-suspended Conrad Murray, is charged with involuntary manslaughter in Jackson's death. His trial is set for September.