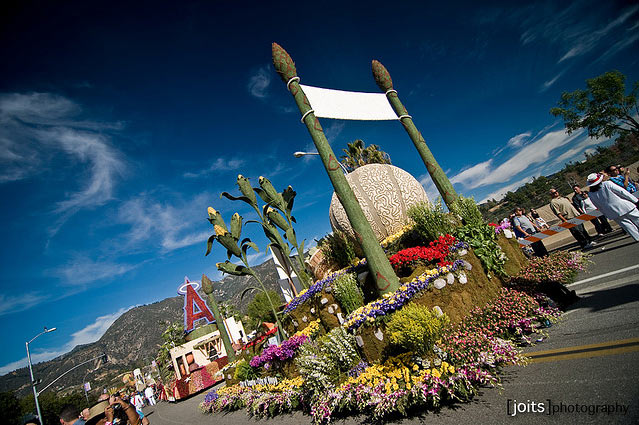 Facing massive budget deficits, some Southern California cities are unable to raise the money necessary to represent with a float in the 2012 Rose Parade.

Glendale City Council decided on Monday to start an account for residents to donate to the city's float, according to the AP. The LA Times, reporting that West Covina has already bowed out of the parade, focuses on Glendale — the second-longest running entrant in the Parade (to Pasadena) — and it's struggle:

Typically, the Glendale Rose Float Assn. is asked to raise $50,000 to pay back to the city, reducing the municipal subsidy to $80,000. This year, officials would also want the association to pay $30,000 for city staff time that would be spent overseeing the float project.

Designers are already working on ideas for a float and standing by to see if the city can committed to the $100,000 construction contract.

Other cities struggling to fund Rose Parade floats include Alhambra and Burbank.

The cities could consider various crowdfunding websites and especially in the case of Glendale, which raised just $500 in two float fundraisers according to the Times, we'd recommend giving a Kickstarter-esque campaign a shot.