Charges May Be Filed In Big Bear Yearbook Photo Scandal 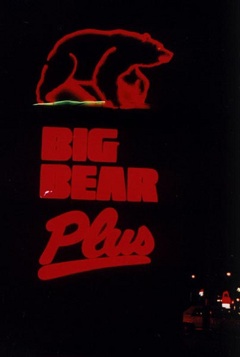 Photo by geocam20000 via the LAist Featured Photos pool on Flickr
Big Bear's high school yearbook has cause more than the standard-issue humiliation when an image of 17-year-old boy seen in the background of a winter formal photo with his hands up a skirt of 15-year-old girl triggered a sex crime investigation and prompted a recall of yearbooks for possible possession of child pornography. Officials said based on the placement of the teen's hand, "there may have been sexual penetration."

According to the Press-Enterprise, "the investigation into the photo of a case of a 17-year-old boy accused of a sex crime stemming from a photo in the Big Bear High School yearbook is complete and will be turned over to prosecutors for possible charges, a sheriff's detective said Monday."

The picture was called to the attention of administrators on June 10 after being spotted by some of the school's 838 students. A deputy was notified by a probation officer assigned to the school and since underage sex "falls under child abuse statutes, school and law enforcement personnel are mandated to report it."

"If someone tells us someone is having sex with a minor, it doesn't matter the age of the suspect, we're required by law to investigate," MacKay said. "As much as we know that teenagers go out and have sex, we can't just overlook it."

If the district attorney's office does decide to file charges it could mean a misdemeanor or felony, according to MacKay. The three outstanding yearbooks (because those students were out of town), must be turned in, as officials last week "threatened that anyone refusing to turn in the books could be charged with possession of child pornography."