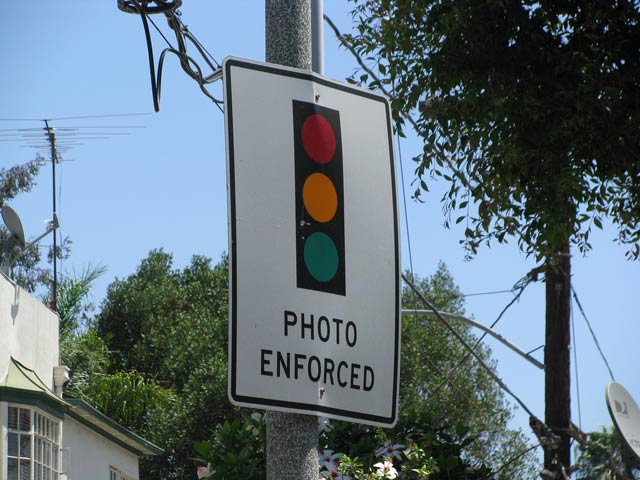 A final decision on the city's controversial red-light camera program is delayed again after LA City Council failed to bank enough votes "to resurrect" the program on Tuesday, according to LA Now.

Faced with a lack of support from his colleagues, Councilman Tony Cardenas did not seek a vote on his proposal asking the Police Commission to keep the existing contractor, Arizona-based American Traffic Solutions, for up to a year while more studies are conducted. The five-member commission voted two weeks ago to kill the program outright. Seven councilmembers sided with the commission, voting to drop the program on July 31. But because neither side had a majority of eight votes, the issue will come up again on Wednesday.

32 of 4,683 traffic signal intersections in Los Angeles are equipped with red-light cameras.

Opponents call them costly and unfair. Drivers who receive red-light tickets and don’t pay up face "no risk of losing their car registrations or their drivers’ licenses, according to police." Without consequences, why even have the law, asked Councilman Dennis Zine.

Supporters of the program say they "have led to a decline in traffic collisions at the intersections where they are installed," and if the program reduces injury and accidents then it shouldn't be an issue of financial cost.

Three councilmembers — Jose Huizar, Paul Koretz and Ed Reyes — sided with Police Commission President John Mack, who voiced dismay two weeks ago that the city has rarely acted on its boycott of Arizona, which was approved in a protest over that state’s immigration laws. American Traffic Solutions is based in Scottsdale.

Council President Eric Garcetti also voiced alarm about the cost of the tickets, which can exceed $500. For a low-income family, that amount can be “devastating,” he said.