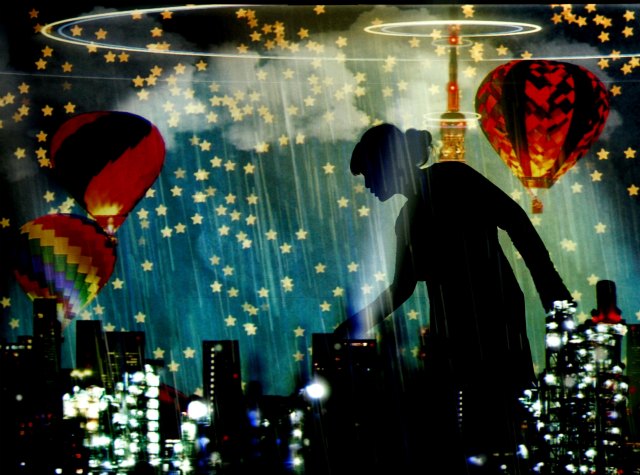 Miwa Matreyek in 'Myth and Infrastructure' (photo by Scott Groller).

Experimental theatre, simply put, is an art form that differs from the typical staged theatre paradigm where an invisible audience consumes action and dialogue on a stage. RADAR LA's primary objective is to showcase these non-traditional works from contemporary performance companies. The 2011 RADAR LA charges on with four more experimental pieces at Los Angeles Theatre Center (LATC) and REDCAT that question the validity of a passive audience, taking attendees out of their seats and into an overcrowded California prison, the back seat of a car, and turns live humans into puppets and breathing cartoons.

Moving Arts brings The Car Plays: LA Stories back to the parking lot cum stage at REDCAT for this year's RADAR LA festival. Rather than creating the impression of a car on a stage, Car Plays uses real cars as scaled-down mini-theatres that are at times devoid of the fourth wall. After receiving an usher-issued citation, audiences of two move from car to car to watch ten-minute scenes from the back seats of five different cars. Each car holds two actors with a new, memorable only-in-LA scene under the direction of a different director. Each play features sound direction and skilled performers, but the most striking feature of Car Plays is the perspective and reaction altering intimacy created by the close proximity and shared space of the actors. Under the direction of Darin Anthony, Michael Shutt and DJ Harner give a moving, tear jerking performance in Martin Hirsch's "Before We Go Home" car play scene that lets its audience eavesdrop on a couple's first moments after euthanizing their beloved pet. Brent Popolizio and Mary Beth Pape are energizing and hilarious in their roles in Trey Nichols's quirky Angeleno-centric comedy,"Todd's Hollywood Tours." Directed by Julie Briggs, this piece engages the back seat audience as minor characters as customers of a cheesy Hollywood celebrity spotting tour. Car Plays is playing through June 18 at REDCAT. Tickets are $20 and available online or via phone at 213-237-2800.

The Los Angeles Poverty Department's (LAPD) State of Incarceration is an immersive performance piece that simulates an overcrowded California penitentiary with wall-to-wall metal bunk beds and smoothly incorporated demonstrations of actual prison rituals. Audience members climb into bunks and partake in a traditional inmate recipe as ensemble performers enact life behind bars. The symbolic characters of State of Incarceration create scenes that are at times funny and hopeful, but ultimately scored by gritty and somber undertones. Under the direction of Henriette Brouwers and John Malpede, the production focuses on the unnecessary and inhumane abuse from administrators and prison guards that occur within prison walls. Some of the cast is comprised of professional performers, but many of the projects creators and performers have had first hand experience with incarceration. For RADAR LA, LAPD prefaces each performance with a short eye-opening discussion from one of their organizers to discuss some of their current casework. LAPD notes that the United States has the highest incarceration rates in the world and that California has the greatest number of prisoners in US — 33% of which settle in LA's Skid Row after release. State of Incarceration is playing through June 18 at Los Angeles Theatre Center. Tickets are available online or via phone at 213-237-2800. 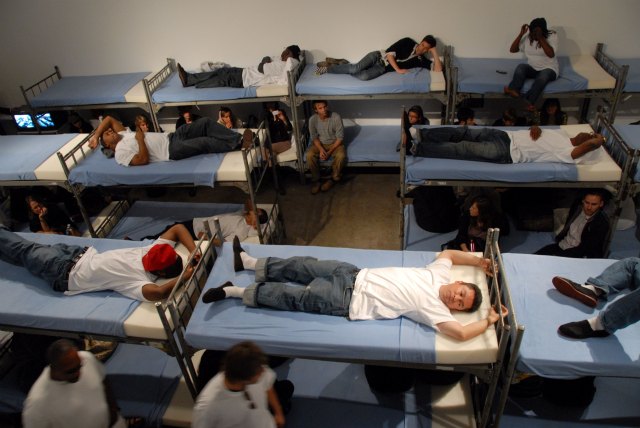 Christine Marie's chimerical Ground to Cloud and Miwa Matreyek's enchanting Myth and Infrastructure share a program at RADAR LA. Both performers highlight the use of shadow and the active human form in their works, but in different ways. Ground to Cloud uses a small ensemble of performers that manipulate light, shape, and three dimensional experimentation to create a graceful noir dreamscape with a fantastic soundtrack. Myth and Infrastructure is an impressively unique solo performance by Matreyek that uses her own body to create urban, geological, and deitific forms against her own animation. Both works playfully indulge the most gentle and child-like sentiments of sensory being. Ground to Cloud and Myth and Infrastructure are playing together at Los Angeles Theatre Center through June 18. Tickets are $20 and available online or via phone at 213-237-2800.