No Mansions on the Horizon: U2's The Edge Barred from Building on Malibu Hillside 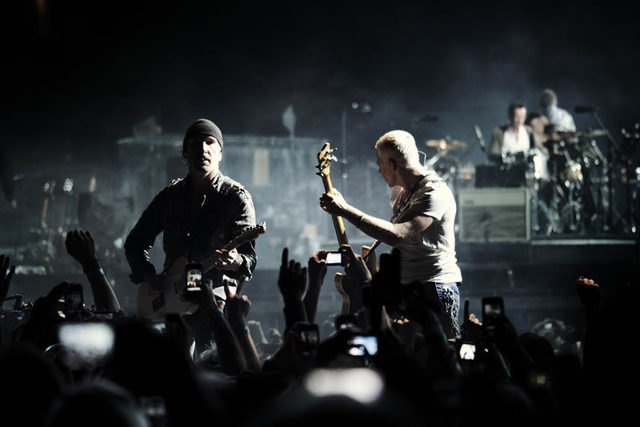 The Edge will no doubt be greeted with open arms by an expected crowd of 50,000 fans at U2's sold out shows at Angel Stadium this weekend. But Malibu residents are cheering for a different reason. The California Coastal Commission on Thursday rejected the guitarist's proposal to build a five-mansion development on 156 hillside acres above the Malibu coast. The 8-4 vote by the commission put more than two years of contentious debate between city officials, residents and the beanie-wearing rock legend legally known as David Evans.

"In 38 years of this commission's existence, this is one of the three worst projects that I've seen in terms of environmental devastation," Peter Douglas, the agency's executive director, said in an interview after the vote, according to the L.A. Times.

The Edge had previously claimed the development would be one of the world's greenest, promising a complex of five Gold LEED certified mansions. "These homes will be some of the most environmentally sensitive ever designed in Malibu — or anywhere in the world," he told the AP in 2009.

Ever since The Edge first proposed the development in 2006, environmentalists were on watch, noting that the chaparral-covered Sweetwater Mesa property should remain untouched, protecting the native flora and fauna.

According to the Times:

Evans' house is planned as a 12,785-square-foot contemporary abode, called "Leaves in the Wind," so named for the undulating green roof meant to emulate fluttering leaves. A website explains that the five houses were designed to meet the highest environmental standards by incorporating recycled and renewable materials, rainwater catchment systems, solar panels and native landscaping.