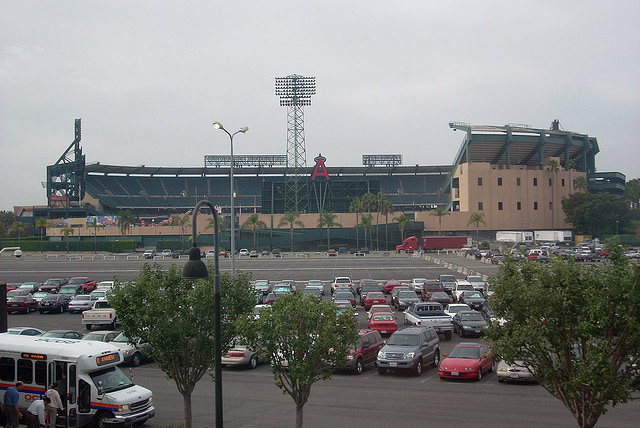 The seemingly neverending 360° Tour brings U2 to Angel Stadium on Friday and Saturday night. With fans expected to come from all corners of Southern California, traffic will be a mess, especially coinciding with Friday rush hour. If you're going to the show, try to carpool or — better yet — take the train.

Metrolink partnered with LiveNation to offer $7 round-trip tickets to the Anaheim Metrolink station, about a 10-minute walk from the stadium. Sure beats $25 to park in the lot. Special U2 train schedule below:

Showtime is 7 p.m., Lenny Kravitz opens. The concerts, originally scheduled for June 7-8 2010, were postponed when Bono was hospitalized in May 2010 for emergency spinal surgery. Those tickets will be honored for the Friday and Saturday shows respectively and it appears that tickets ($36.95 - $270.75) are still available for both nights at Ticketmaster. Leaving early to be the first in line? Nice try — the hard core have been waiting at the Big A since Wednesday morning, according to the OC Register.