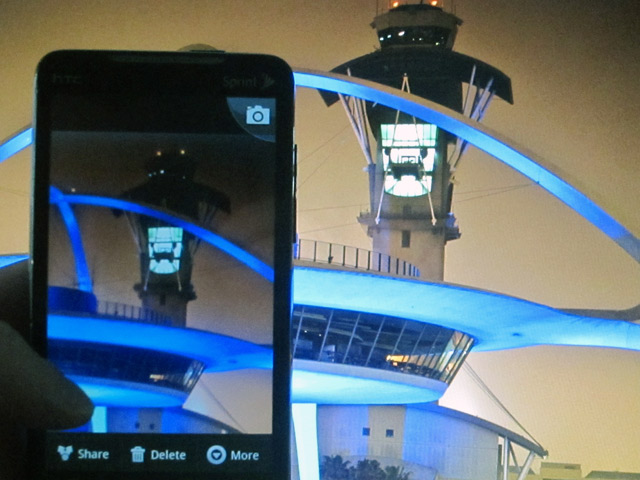 In the wake of the Anthony Weiner Twitter tragidramedy-turned-political-scandal, all of a sudden it's like OMG(!) anyone who's ever sent illicit texts or posted boner pics may someday lose their job as a result. But sometimes it seems those in the media — with their "exclusive" yet unverified reports — are the real perverts.

Los Angeles World Airports Deputy Executive Director Mike Molina quit his job last Friday after his boss approached him about sexting allegations made via an anonymous email complaint. Molina denied receiving or sending any sexually explicit messages, according to the L.A. Times, but resigned anyway, stating that he never should have used his city-issued work phone for personal reasons.

Asked who sent or received the texts, he said: "It could have been friends of mine. It could have been people I know from church. It would be unprofessional for me and inappropriate for me to use a city phone like that, and unfortunately that's what I did."

But soon after CBS2 broke the story with the headline "CBS2 Exclusive: Top LAX Exec Resigns In ‘Sexting’ Scandal" visions of pics of bulging pecs and pricks translating to page views had news outlets worldwide racing to post without bothering to confirm the story or even find a second source. From the AP to the Daily Mail to Politico to LA Weekly. Even TMZ knows better and besides, sexting SEO gets watered down when no pics are involved.

Molina was hired at LAWA in 2008 after serving seven years as an aide to Councilwoman Janice Hahn. He earned nearly $200,000 annually and was apparently a good employee. As his former boss, airport executive director Gina Marie Lindsey told the Daily Breeze:

"It's an incredibly sad situation and I honestly believe Mike used some bad judgment by mixing professional and personal comments," Lindsay said. "We are very sorry to see him go under these circumstances because he's a talented guy and a very valuable member of the team."

But Molina was not a Weiner about it and he resigned before any details of the anonymously-filed allegations were revealed. This would be the end of the story — "LAX exec resigns after sexting scandal" — if it weren't for the L.A. Times' follow-up reporting:

Molina said he could not remember which messages posed embarrassment to him. He said at least one message that had been meant for him went to another airport employee with the same last name by mistake. That email came from his nephew, who sent a picture of himself wearing a “Rocky Horror Picture Show type of costume,” Molina said.

Molina said he apologized to his co-worker about the image and said "it wasn't sexual at all." "It was a photograph in some kind of a costume," he said. "At that point, I said [to the nephew] ‘Don’t send this kind of stuff to my work email.’"