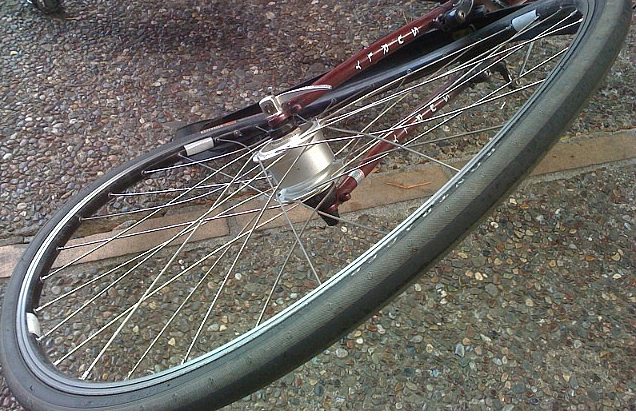 A woman suspected of drunk driving was arrested after plowing a group of Midnight Ridazz early Thursday morning in Baldwin Villiage injuring nearly a dozen of the 100 on a ride that began in Koreatown, according to ABC Local

"Authorities said the female driver, 27-year-old Christine Dahab, told police she was looking down at her phone when she crashed into the bike riders on the 5900 block of West Jefferson Place just before 2 a.m."

The victim in critical condition landed on the Dahab's vehicle and reportedly broke the windshield upon impact. Footage from the scene showed crumpled bicycles and a white Honda with a badly damaged front end.

The crash occurred below the Baldwin Hills Scenic overlook. A broadcast report from the scene suggested the possibility of a non-functioning street light contributed to the disaster. Police say the cyclists "bear some responsibility because they were at the park after hours, and they found evidence of alcohol, condoms and marijuana where the group was hanging out."

"Bikes are not allowed in the park area, but worst of all, the riders were hanging out in the first lane of vehicle traffic, which makes them partially at fault, according to police. The accident remains under investigation."