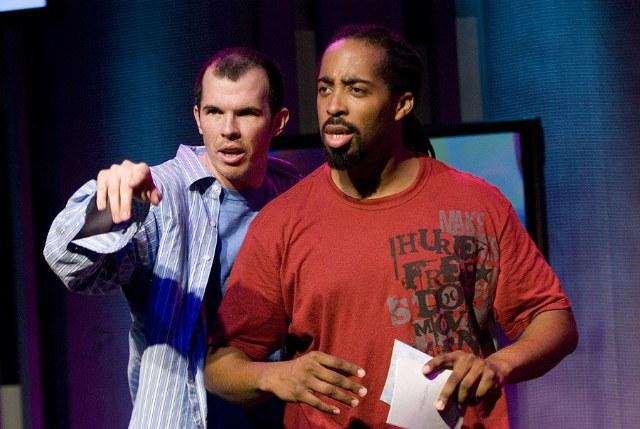 The RADAR LA International Festival of Contemporary Theatre is the fruit of the combined efforts of the Los Angeles Theatre Center (LATC), the folks from Public Theatre's Under the Radar Festival, and the Roy & Edna Disney/ CalArts Theatre (REDCAT). This year's RADAR LA prominently showcases works that obscure the traditional parameters of theatre. Indulgences for both the eyes and ears include an illusionary multimedia work from Australian artist Fleur Elise Noble and a poetry-play hybrid from Sekou Andrews and Steve Connell. 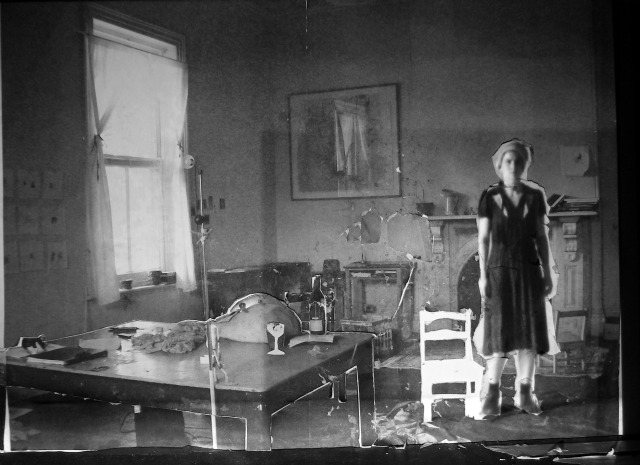 2 Dimensional Life of Her is a complex, imaginative, black and white, multimedia work that forges scenes out of the construction and deconstruction of a mostly two dimensional niche world. Fleur Elise Noble fuses video, stop-motion animation, sculpture, drawing, puppetry, collage, recorded audio, and live performers. Noble creates impressions of plot through imagery, bemusing her audience with a noir-inflected whimsical production. Those expecting a traditional theatre work may find 2 Dimensional Life of Her to be better suited as a gallery installation, but Noble's work holds its own as an intriguing, unconventional, and artful performance piece. 2 Dimensional Life of Her is playing through June 19 at LATC as part of RADAR LA. Tickets are $20 and available online or via phone at 213-237-2800.

The Word Begins indulges many art forms and genres including poetry, prose, drama, comedy, hip-hop, philosophy, melodrama, and memoir. Written and performed by Steve Connell and Sekou Andrews, this high energy performance is a lyrical, playful, encouraging, and engaging work that fluidly breaches the profoundly beautiful and the bitterly appalling paradigms that the human race has crafted out of social life and language. Andrews and Connell have exceptional timing and stage chemistry such that the pair seem to be as a synchronous inhalation and exhalation, two halves of the same theatrical breath. Fluid, fast-paced direction by Robert Egan keeps the heavy material easily palatable. Lighting by Sarah Sidman produces a striking stagescape. The Word Begins is playing through June 19 at LATC as part of RADAR LA. Tickets are $20 and available online or via phone at 213-237-2800. The Word Begins is also playing at Rogue Machine from June 24 through July 24.