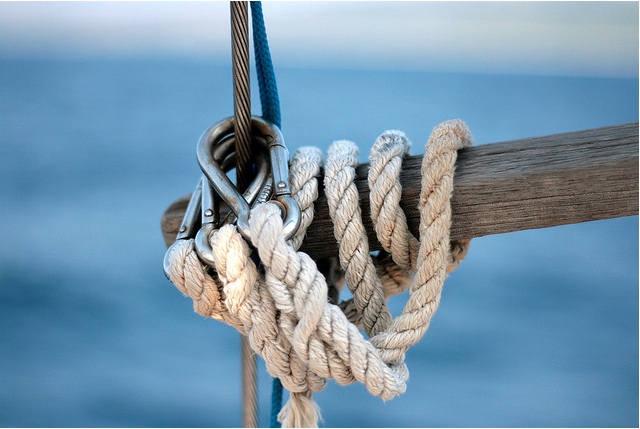 Much to the displeasure of his neighbors, 65-year-old Newport Beach-resident Dennis Holland has been restoring a 72-foot yacht in his backyard since he rescued the Shawnee, a 1916-built ketch, from a scrap yard in 2006.

Despite granting him two consecutive six-month permits, Holland has not completed the Shawnee's restoration and the city now plans to take the "local shipwright to court in hopes of forcing him to remove the 72-foot antique sailing ship in his backyard, officials said Wednesday," according to the Daily Pilot.

"It is an inappropriate use in a residential neighborhood," City Attorney David Hunt said. "The city has tried to work with him to get the matter resolved, but he hasn't resolved it, so we will take the next step to protect the residents of the neighborhood."

"She's 100 years old," Holland said. "She's an old lady and needs to be treated like one." Holland first set eyes on the boat when he was 8 years old in San Francisco, where the boat was originally docked. "Her design is unbelievably beautiful," Holland said. "Just gorgeous. She is like a piece of artwork to me."

Holland, who said he was diagnosed with prostate cancer about seven years ago, claims the stress from the fines has been bad for his health and that fixing up the ship is a form of therapy.