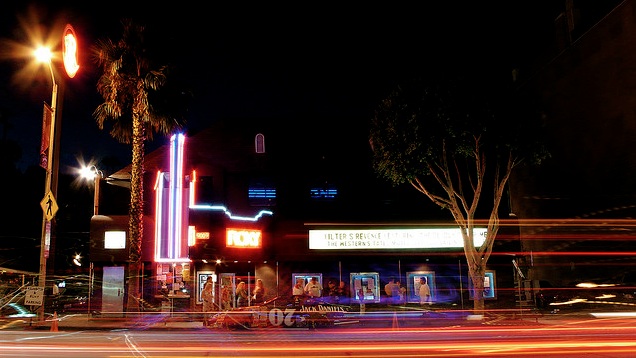 (Photo by nicadlr via the LAist Featured Photos pool on Flickr)

Mötley Crüe will heed the call of the motherland as they rock the 2011 Sunset Strip Music Festival (SSMF), taking place August 18 through August 20, announced organizers. Mötley Crüe, this year's Elmer Valentine Award honoree, will share the spandex'd spotlight of the 3-day fest with Public Enemy, Bush, Matt & Kim and more than 50 other bands (check the lineup for new additions).

Each year, West Hollywood’s world-famous Sunset Strip celebrates its rich musical history and influence with the SUNSET STRIP MUSIC FESTIVAL, a three-day event that features a variety of artists throughout its venues culminating with an open air street festival on its last day.

On Saturday, Aug. 20, Sunset Boulevard will be closed to traffic between Doheny Drive and San Vicente Boulevard and will be transformed into a premier concert destination with outdoor stages, beer gardens, a VIP lounge, food trucks, interactive experiences and live performances within the venues during the day until 1-2 a.m.

The three-day return to rock and roll values kicks off with an intimate tribute to Mötley Crüe at the House of Blues. Oh, and get ready for your new favorite holiday — The City of West Hollywood will be recognizing a special Mötley Crüe Day in the band's honor.

-Whisky A Go-Go
The Faceless