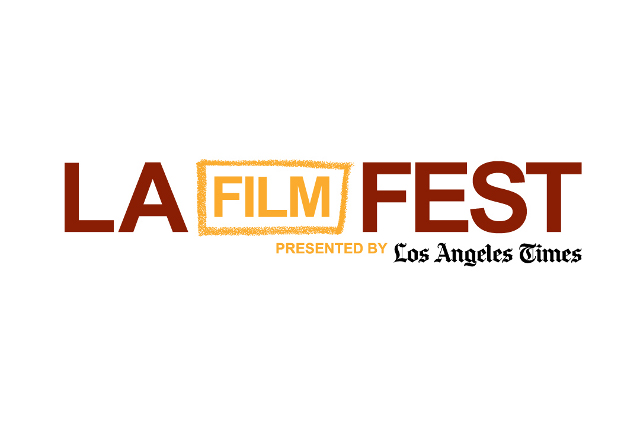 In recent weeks, we've covered our fair share of festivals. This Father's Day, make room for the daddy of them all: the Los Angeles Film Festival. It's an epic reminder that LA is the best movie city in the world, as Hollywood industry, independent film makers & reel fans come together for a ten day celebration of all things cinema.

For those unaware, Film Independent (the folks behind the Independent Spirit Awards) produces the annual event, which LA Times presents. Most event screenings occur at LA Live, but the 200+ features, shorts & music videos on tap bring all corners of the globe to all corners of downtown. We wish we could cover them all (as regular readers know, this column's long enough already), but here's all you need to know about this weekend's headlining events.

Thursday, the LA Film Festival opens with the world premiere of Bernie. The latest from Austin auteur Richard Linklater reunites him with School of Rock star Jack Black and the misfit Texas of Dazed & Confused and Slacker.

While that screening is exclusive to VIP, Fast & Industry passholders, the festival opens to the public afterward with polar-opposite comic blockbuster The Green Lantern. The gala film won't see any Independent Spirit nominations, but it's a nice welcome mat for less adventurous film-goers to give a little green of their own to support independent film. It's also preferable to waiting in line for a midnight screening anywhere else.

Friday brings another gala screening, with Drive. Set & shot in downtown LA, the film stars Ryan Gosling as a stone-faced stunt driver who moonlights as a getaway driver. Drive rocked the Cannes Film Festival last month, picking up the Best Director trophy for Nicolas Winding Refn and a nomination for the prestigious Palmes d'Or. One of Denmark's best kept secrets, Refn previously directed the savage prison drama Bronson and existential viking epic Valhalla Rising. A rush line for individual tickets forms one hour prior to the 8PM screening.

If you can't score a ticket, don't get hot-headed. Stick around for Hot Coffee, the first of the festival's free Community Screenings series. The HBO documentary analyzes the long-term ramifications of the McDonald's coffee case, in which an elderly woman sued the fast food giant after suffering third degree burns from spilled coffee. The film argues that this image of the case as a "frivolous lawsuit" has been perpetuated by corporate legal teams to change regulations & corrupt the justice system. If that isn't your cup of tea, coming Community Screenings include documentary The Bully Project, Alaskan teen thriller On The Ice and 25th anniversary outdoor screenings of Stand By Me & Ferris Bueller's Day Off. To quote Yello: "Ooooh yeah!"

Saturday kicks off a full day of events with Money Talks & Art Matters. The panel looks at the razor's edge independent filmmakers walk between making art & putting food on the table. Guests are filmmakers Chris Weitz (of the American Pie franchise; his latest, A Better Life, also world premieres at the fest) & Lynn Shelton (Humpday), producers Vincent Landay (Being John Malkovich) & Richard Gladstein (FilmColony) and moderator Alison Dickey (producer of John C. Reilly-starrer Terri, which also plays at the fest). That's at the Downtown Independent; back at LA Live is a high school shorts showcase and films in & out of competition from Indonesia, France, Iran, the UK & the good old US of A. All non-English films will be subtitled, even if their trailers are not.

Sunday, indulge in the US premiere of Argentine/German/Peruvian coproduction The Bad Intentions. The black coming-of-age comedy follows a spoiled child who learns her mother's having another baby on the eve of a communist rebellion. Fearing her "old guard" will be forever usurped, she fantasizes about Peruvian war heroes, poisoning her pets & plotting her own death. It's Pan's Labyrinth with shades of Harold & Maude. The Bad Intentions screens in competition against Austrian family drama The Fatherless, Mississippi-set The Dynamiter and An Ordinary Family, about two warring brothers: one gay & one straight.

Scheduled dates for the rest of the festival can be found at LAFilmFest.com. Non-festival listings appear below.