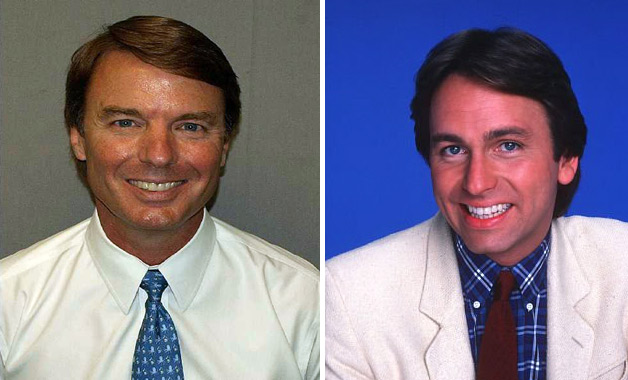 John Edwards (left) sure looks like the late John Ritter in character as Jack Tripper (right) in his mug shot released today by the U.S. Marshals Office.

Edwards' future, however, is up in the air, pending a trial before a grand jury in which he faces up to five years in prison after his arrest earlier this month on six felony counts related to campaign finance fraud.

The mug shot was released by the U.S. Marshals office today in response to a FOIA request for its release, reports the L.A. Times.