The Big Man, Clarence Clemons, Fights Back After Suffering A 'Massive Stroke' 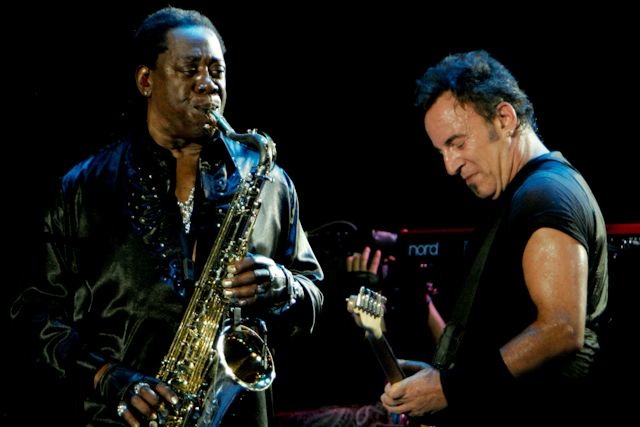 Showbiz 411 reported last evening that The Big Man, The Biggest Man You've Ever Seen & One Of The 3 Most Important People In The World, Clarence Clemons, was "seriously ill" after suffering a stroke at his home in Florida on Sunday.

The legendary, saxophone great of Bruce Springsteen’s E Street Band has had health complications in the past but this situation, was as described as "dire," and reportedly members of the E Street Band "were advised to get down to Florida as soon as possible."

After two brain surgeries at a Florida hospital, there is some good news today. A close friend told Backstreets:

"Yesterday, it did not look good at all. Today... miracles are happening. His vital signs are improving. He's responsive. His eyes are welling up when we're talking to him. He was paralyzed on his left side, but now he's squeezing with his left hand. This is the best news we've heard since [the stroke] happened — it's nothing short of miraculous. The next five days will still be critical. But he's a fighter."

Clarence told Backstreets in 2003, "What I bring to people is pure honesty, and pure love, and hopefully it brings some light and joy to the world." It does. And right now we're sending it right back to you, Big Man.send prayers, love, and light to the Big Man.

Intro: The E Street Shuffle (One of many folklore version of how the Big Man joined the band)