'Harold and Maude' Turn 40 at the Aero 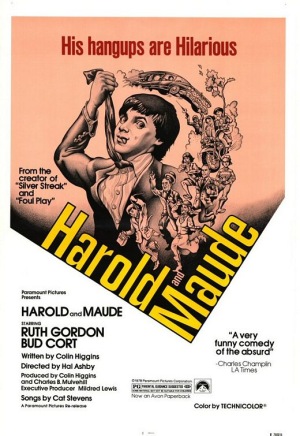 Director Cameron Crowe and former Paramount VP Peter Bart made it to the American Cinematheque at the Aero Theatre in Santa Monica on Sunday for a viewing and discussion of Harold and Maude on the occasion of its 40th anniversary.

Playing to a packed house, the intergenerational audience was overjoyed to welcome this May-December romance back to the big screen. It is rare indeed that a movie's costume designer (William Theiss) gets a round of applause during the opening credits (gotta love those seventies outfits).

Bart, who recently published Infamous Players: A Tale of Movies, The Mob (and Sex), talked about the difficulties the movie met during its development. Asked if the movie would be made today he said "unless you propose Betty White and Justin Bieber" for the parts of Maude and Harold "probably not." Yet the movie was not entirely well-received on its opening—Crowe read from a particularly terrible Variety review ("all the fun and gaiety of a burning orphanage"). Luckily, the movie found its audience in the ensuing four decades and has become a cult hit. Or as Bart mentioned during the discussion, "This must be the first time I've seen a line outside a Harold and Maude show."