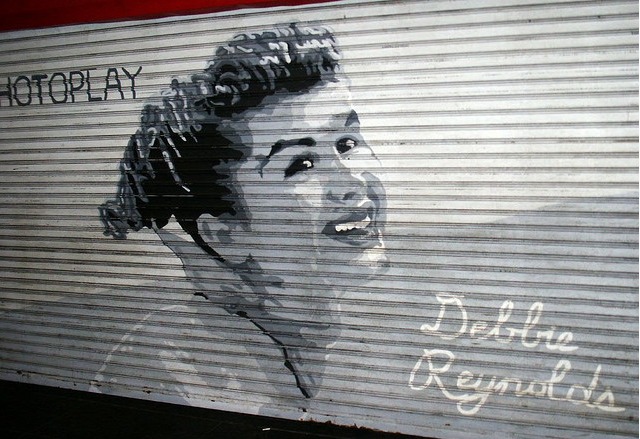 After searching for investors for decades, Debbie Reynolds is giving up her dream of opening a permanent museum for the more than 5000 pieces of iconic Hollywood memorabilia she's collected. Her artifacts will be auctioned from the Paley Center in Beverly Hills where they are currently on display, according to the LA Times.

She began purchasing items in the 70s when cash-strapped MGM, followed by Fox and Paramount, began selling off assets. Her collection holds vintage costumes, props, full sets (to recreate scenes), cameras, letters, cars, and furniture from Hollywood's Golden Age. Nearly 600 items will be up for grabs at the first auction this coming Saturday. The following auction is planned for December. 3.

"I am really sick and tired of it. I feel that I must call it a day now," said the 79-year-old Reynolds, the star of such classic films as 1952's "Singing' in the Rain. " "Over the years, I have literally spent millions of dollars protecting it and taking care of it. If you were me, wouldn't you give up after 35 years?"

"There is no other road," she said. "I need a little rest from the responsibility of trying to do something it seems that nobody else wants to do. Hopefully everyone will have a good time with their piece."