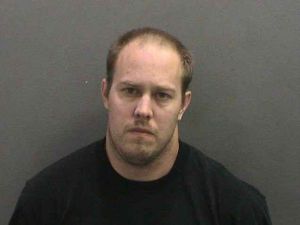 Photo Courtesy of the Orange County District Attorney
Mandak Kohn Griffin, a 30-year-old BMX coach accused of sexually assaulting three boys and exchanging child pornography over the internet, was arraigned Monday for crimes authorities say occurred between 2000 and 2002, according the KTLA. If convicted, Griffin could serve a maximum sentence of 85 years to life in state prison.

[...]Griffin faces charges of felony sodomy with a child under 10, oral copulation of a child under 10, possession and control of child pornography and using a minor for production of obscene matter. Griffin also faces sentencing enhancement allegations for sexual assault of multiple victims and substantial sexual conduct with a child, according to a news release from the Orange County District Attorney's Office.

Prosecutors allege that Griffin invited the boys — aged seven, eight and nine — to his home to watch pornographic movies and view pornographic magazines. Investigators say Griffin "sodomized and took a pornographic picture of one of the victims." Officials also believe there may be additional victims in the case. Anyone with information is urged to contact investigators at (714) 347-8794.