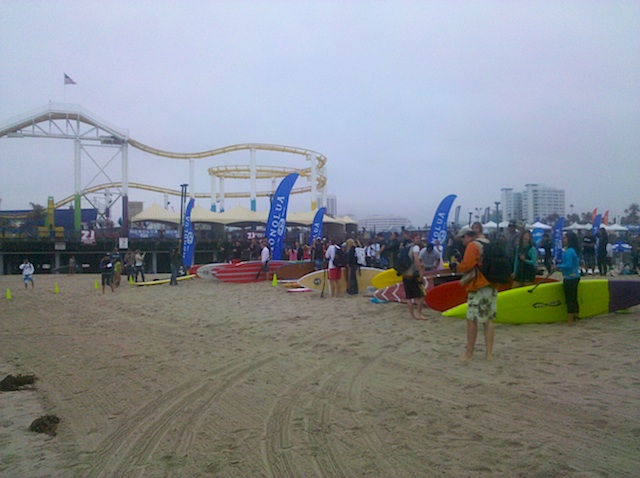 Photo by MikeReisbord via Twitpic 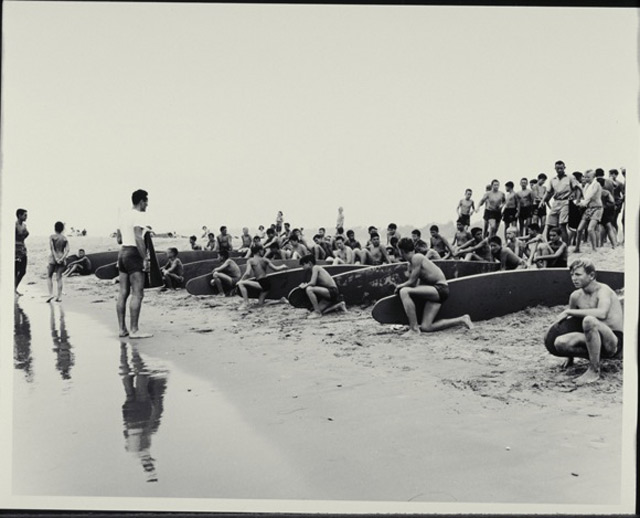 Once upon a time, in Santa Monica...

Saturday saw the return of the Santa Monica Pier Paddleboard Race and Ocean Festival as thousands of spectators watched hundreds of competitors from age 9-70+ honor the once popular Southern California sport of paddleboarding, according to Surfline.

A benefit for Heal the Bay and Santa Monica Pier Aquarium, the event was also part of the World Paddle Association's championship qualifying series. Dialy Ndiaye won the 5.5 mile course with a time of 54:12, lifeguard and prone paddler Anthony Vela took second with 54:31, and Candace Appleby was the fastest woman, scoring a win in the women's elite prone paddle. Complete results are available on the official Pier Paddle site.

"Bringing paddle sports back to the Santa Monica Bay and the Pier is a wonderful measure of Heal the Bay's 25-plus years of work to improve water quality," said Randi Parent, public outreach specialist at Heal the Bay's Santa Monica Pier Aquarium. "It's gratifying that the paddle sports community has come together to support a cleaner, healthier bay for the benefit of us all, and particularly for the marine life."

Unlike today's judged surfing competitions that emphasize skilled performance, early contests were organized as races, with surfers beginning on the beach, paddling to a buoy or marker, and then turning around to ride a wave back to a designated point on the shore. Speed in paddling, then, was a prized skill, and some of surfing's early legends were renowned for their paddling abilities in addition to their wave riding talents.

It wasn't until the early 1930s that paddleboarding emerged as a distinct sport. In 1926, legendary surfer Tom Blake—an itinerant who spent much of his time in Southern California—optimized the design of the traditional Hawaiian surf board for swift paddling. Drilling hundreds of holes into a redwood plank and then covering them with a thin layer of wood, Blake reduced the weight of the 15 foot-long board from 150 to 100 pounds.