Pico Rivera Residents Think Nature Is For The Birds 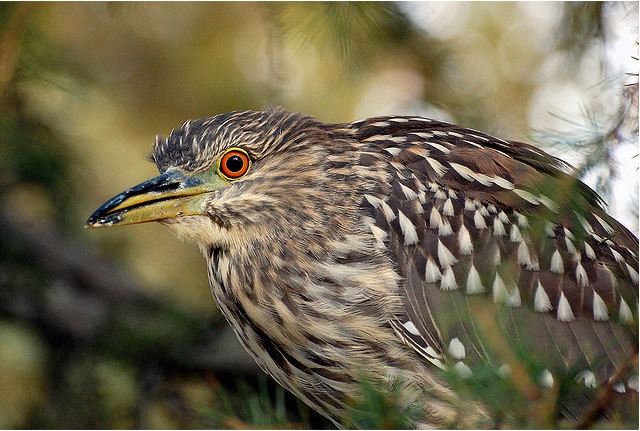 Photo by Robbie via LAist Featured Photos pool on Flickr

A flock of herons has Pico Rivera residents squawking about a 50-foot ficus tree on the 9500 block of Bert Street that's been a migratory stop for the marine birds for over a decade. Residents living below say "they are are fed up with the marine birds they find on the street every day and the endless sound of avian droppings," according to the Whittier Daily News. Residents want city officials to relocate the birds, or remove the tree.

Though not an endangered or threatened species, the herons are protected by the Migratory Bird Treaty Act of 1918, "which makes it illegal to remove, hunt, capture or kill migratory birds, including their eggs and nests." City officials, reluctant to make a move, will take no action during the nesting season.

The large birds generally migrate to the blooming ficus-tree in March. Likening the sound to "the jungle," 20-year resident Yvette McKee asserted that the noises were "unfamiliar to the city," and suggested the birds "move to their own natural habitat."

"We're going to wait until the birds can leave and the babies fly and migrate," said Martin Rios, city arborist and Public Works coordinator. "We don't want to do anything while the birds are there." After the birds leave, city officials plan to remove the 40-year-old ficus tree and replace it with a tree more appropriate to the area, Rios said.

The suburbs haven't been good to the vulnerable newborn chicks, half of which end up as roadkill. "The other birds might have harassed them and knocked them down," Rios said. "If they hit the ground, they're pretty much dead. And even if they survive, they can't fly, but they won't leave, so they die of hunger or cats get them."

Said Rios, many of the birds bring back "crayfish, fish and frogs" to eat from their travels to the San Gabriel Valley River. The city will conduct "regular cleanups of the bird droppings and dead animals," until the birds depart after their nesting period is over in October, said officials.