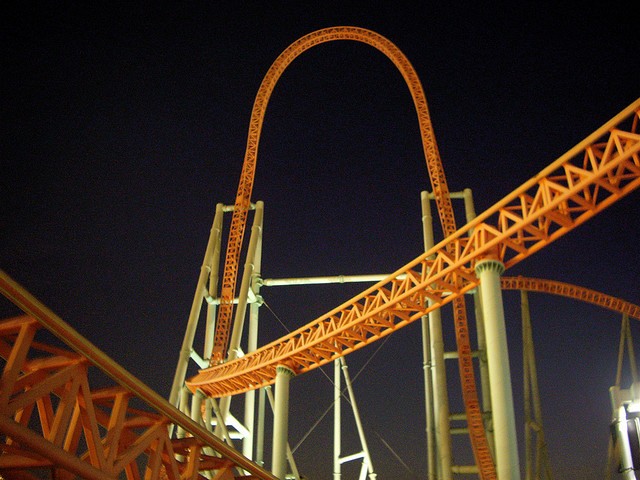 (Photo by Tha_Sco via LAist Featured Photos pool on Flickr)

A state review of Orange County amusement parks for 2009 and 2010 revealed 284 ride incidents that required medical attention, according to an analysis by the OC Register.

Amusement parks with permanent rides are required by law to report to the state when a patron "seeks care beyond first aid," relating to an incident. The state investigates the most serious, approximately two-thirds of reports.

In seven Orange County locations in 2009 and 2010, about half of the 284 incidents involved medical problems to the head area - such as chipped teeth or chin lacerations - or to the torso and the spine, including neck and back pain. No deaths were noted in the reports. A few dozen of the riders had pre-existing conditions, such as seizures and back problems.

In reviewing the 284 reports, the OC Register found: