With the release of their third album, Arrows, there are 12 new reasons to explore the sonic landscape of The Lonely Forest. This Pacific Northwest-based band will be Death Cab for Cutie's opener at the El Rey tonight. It's a perfect pairing, as Death Cab's Chris Walla mixed and produced Arrows, and chose The Lonely Forest to be the first band signed to his label imprint.

Although the band is playing larger venues and gaining international recognition with songs such as "Turn Off This Song and Go Outside," they remain refreshingly down to earth—still practicing in drummer Braydn Krueger's parents' garage. LAist caught up with guitarist Tony Ruland last weekend to get the scoop on the new album, the benefits of living near a marble factory, and the band's adventures on the Oregon Trail.

LAist: Is the title "Turn Off This Song and Go Outside" reverse psychology or more of a Pacific Northwest mantra?

Tony Ruland: I think it's more of a Northwest thing. We live in a beautiful area and we spend a lot of time outside, so I guess it's just reminding people that sometimes there are better things to do.

Was the music video for "We Sing in Time" filmed in your hometown of Anacortes (Wash.)?

Yeah, both of our videos were filmed there. The parade in "Turn Off This Song and Go Outside" is this funny little Fourth of July event that happens every year. We grew up going to it, so we just decided to bombard it and have people follow us with Super 8 cameras all day. It was so much fun.

Is the forest in "We Sing in Time" the actual lonely forest?

(laughs) I guess you could say that.

How did the song "Be Everything" evolve in the studio? Did you always plan on having strings and that vinyl record-y sound?

That one actually started out as a guitar song, then Chris Walla suggested strings and brought in the Magik*Magik Orchestra. We were blown away by how good it sounded.

That noise in the background is just Chris making some ambient noise using tape machines. I think he wanted it to sound like we were near the water.

Were "(I Am) The Love Skeptic" and "(I Am) The Love Addict" written around the same time? It's a striking point/counterpoint when you listen to the music, lyrics and John's [singer/guitarist/keyboardist John Van Deusen's] vocals in tandem.

Definitely. I guess you could say it's a call-and-response sort of thing.

How has the band's sound evolved since your earlier albums?

It's a lot less piano-based now than it used to be, and I think we've all gone through some musical growing pains. We've been playing together since 2005, so everyone's grown up a bit and I think we've found our niche. Everyone understands their role in the band very well.

Is "Tunnels" one of your favorite songs to perform on tour?

It's definitely one of the most fun songs to play live. The loudest we're going to get is usually right in the middle of that song. It's more representative of what we do in our garage when we're messing around.

It's great how you've never lost that sensibility even though you're playing with major bands and moving into larger venues.

Yeah, we're still just four guys who live in a small town and still practice in the same garage we started in six years ago.

It's our drummer Braydn's parents' garage. Whenever we've considered moving the practice space somewhere else, they've kind of freaked out. I think they would be devastated if we ever left. They're so supportive and it's home for us.

Do people ever camp out in the driveway with lawn chairs so they can listen to you practice?

Sometimes. Every once in a while we'll notice a strange car parked by the curb, or a group of teenagers standing on the lawn. We're pretty friendly, so we usually just invite them in.

We could totally start selling lemonade or something. (laughs)

Although it's small, Anacortes has a great music scene. What's one of your favorite local bands?

There have been a lot of great bands, but Mount Eerie—also known as The Microphones—is definitely at the top of the list.

I met Phil Elvrum when I was 11 and he was 15, and he's been playing music since then without ever having to work a regular job. He now even has an 1800s-style printing press and he does all his own artwork. A total Renaissance man. 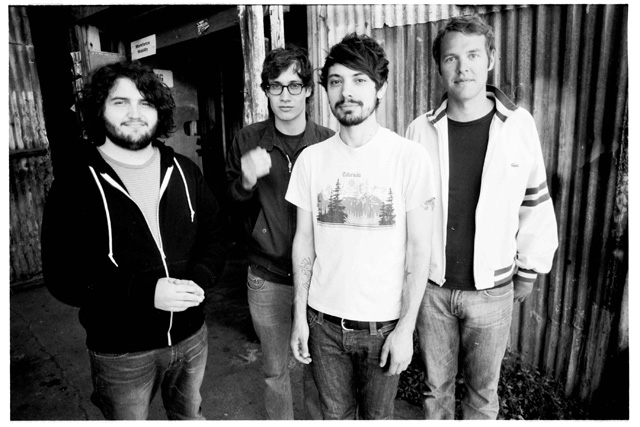 Getting back to the new album, Arrows, you recorded part of the album in Van Nuys. What was that like?

Fantastic. We recorded for two and a half weeks at Sound City in Van Nuys, which is where Nirvana's Nevermind was recorded, as well as Fleetwood Mac's Rumours and Weezer's Pinkerton. It was cool to be recording in a studio that has such a rich history.

Then we finished the album in San Francisco at Tiny Telephone, which is John Vanderslice's studio, and it's where Death Cab has done a lot of their stuff.

You've done four national tours in six months. Are you able to write on the road? Has touring with Chris been fun?

We don't really write stuff on the road. There's not time for much other than playing shows, eating and sleeping. Getting to tour with Chris has been awesome, though, because we've known him a while and it's great to get out of the studio and on the road.

Have the Death Cab fans been pretty receptive to your music?

Yeah, they've been treating us really well. Some of the kids up in front actually know who we are and sing along with the songs, which is very flattering.

Plus, given the fact that these are such intimate shows, the people who are there really want to be there and are into music because they tried so hard to get into these small shows. They seem open to listening to us and paying attention.

"Underneath the Sycamore" and "Doors Unlocked and Open" are two favorites, but the whole thing is great.

It sounds like you've had quite a few adventures on the road. Is it true you once had to take the Oregon Trail during a snowstorm?

Yes, we were driving home from Austin and ended up in this crazy blizzard. The GPS would only work occasionally, the interstates were shutting down, and truckers were telling us we were going to die. But we kept going anyway.

We had to drive on part of the original Oregon Trail on some of the weirdest highways ever. It was beautiful though—glistening snow everywhere—so it was strange but memorable. We made it home in time for Thanksgiving, so that's all that mattered. 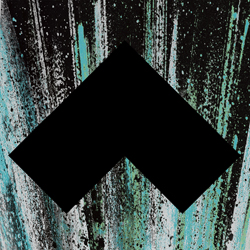 "Arrows" by The Lonely Forest
It's nice that you have a full gear list on the band's website. What's your favorite guitar?

That's a tough question because I'm an absolute guitar gear nerd. My main guitar has these flowers painted all over it that some hippie did when he was super-stoned. Though it's hard to pick a favorite, I do have a soft spot for that guitar.

You have a cat blog on the band's website and the inside cover of your album also has a cat theme. When did the band's obsession with cats start?

We've always liked cats. I think everyone in the band has grown up around cats. In our practice space, Braydn's family has four cats. They're always around. And if you look at the cat blog, Bettie is my cat and Jordan is my mom's. Plus I'll be getting a new cat when I get home.

You've said you love learning about inventions and taking things apart and putting them back together. What kind of stuff do you usually take apart?

I'm always pulling apart guitar pedals and trying really dorky stuff like switching out chips. I enjoy the process of figuring it all out.

My grandpa was an engineer, and when I was a kid, our garage was full of broken VCRs. I still don't know why; I guess he just liked them. I remember unscrewing the VCRs and hitting the insides with a hammer and then putting them back together again. Then my grandpa would need a part or something and be super pissed when he opened one of the smashed VCRs. So yeah, even if it's not necessarily constructive, I like taking things apart.

Have you ever seen the TV show How It's Made?

I love that show. Actually, my fiancée's dad works at this factory in Anacortes that makes the strongest rope in the world, and their factory was featured on that show.

They also used to make marbles in the same factory. When Eric [bassist Eric Sturgeon] and I were kids, we would go back behind the factory where they threw the reject marbles out the back door. So we'd ride our bikes down there and fill our pockets with marbles. I suppose collecting reject marbles at a marble factory is a very wholesome, small-town thing to do, but we loved it!

Thanks for speaking with LAist, Tony!

Don't miss The Lonely Forest opening for Death Cab for Cutie tonight at the El Rey. And catch them at Fingerprints in Long Beach tomorrow night (June 8) at 7 p.m. for a special in-store concert (RSVP at 562-433-4996). Learn more about the band at www.thelonelyforest.com.