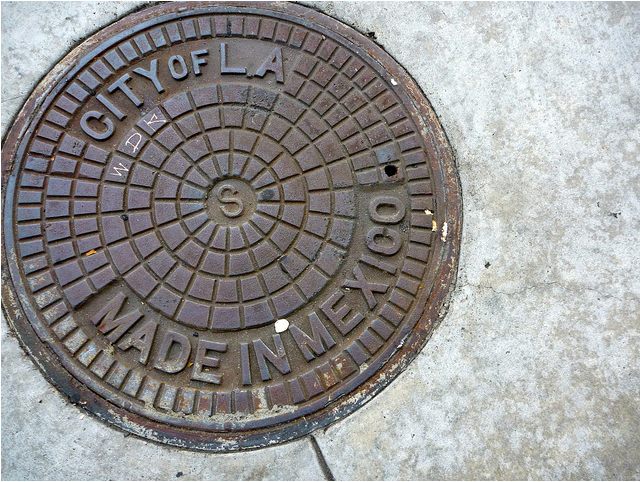 A Metro bus driver was taken to the hospital and treated for a "stress reaction" when an underground electrical transformer bank exploded Tuesday morning in Westwood causing a manhole cover to fly up from the street and strike the back of a bus parked near the UCLA campus, according to the Metropolitan Transportation Authority and Los Angeles city fire officials, reports LA Now.

The substantial blast, causing a power interruption and blowing out windows in a nearby building, occurred at about 9:25 a.m. near the busy intersection of Westwood Boulevard and Weyburn Avenue, a href="http://latimesblogs.latimes.com/lanow/2011/05/bus-driver-injured-by-manhole-cover-in-electrical-explosion-near-ucla.html">startling workers and residents in the area.

Elaine Schmidt, a UCLA spokeswoman who works in the same building as the Bank of America branch on the block where the blast took place, said it "felt like a large truck had landed on top of the building." "We heard this big boom," Schmidt said, noting she looked out a window and saw a "a big plume of fire and brown smoke coming from the street."

Schmidt said she could see the damaged bus and parts from the vehicle strewn about. She said she also saw the bus driver, who ran from his vehicle and put up traffic cones around the area to stop traffic. "He looked pretty shook up," Schmidt said. "It was remarkable because he was probably deafened by the explosion."

A few blocks away from the underground Department of Water and Power vault, reports of the explosion described the sound ike a “really loud crack that we actually thought was a lightning strike,” reports LA Now. DWP will conduct an investigation into the cause of the explosion.