Big Rig Kills Two On Freeway Next To Disabled Vehicle 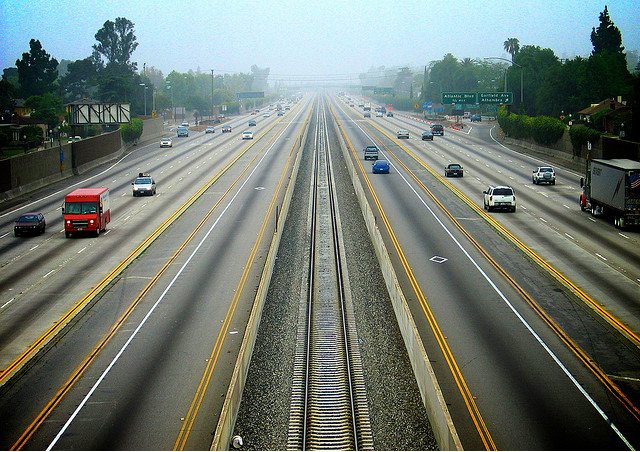 Photo by sfxeric via LAist Featured Photos pool on Flickr

Two people were reportedly struck and killed by a big rig early today on the eastbound 60 Pomona Freeway as they stood outside their disabled vehicle, according to the California Highway Patrol, reports the Daily Breeze.

The crash occurred around 3:15 a.m. shutting down eastbound lanes between Reservoir Street and the 71 Chino Valley Freeway for hours. The coroner's office and CHP confirmed two people, a man and a woman, were killed at the scene.

According to media reports they were struck by the big rig when they were on the right shoulder outside their vehicles and one person's body was thrown off the freeway. The big rig overturned and it took a crane to right it, according to the CHP.