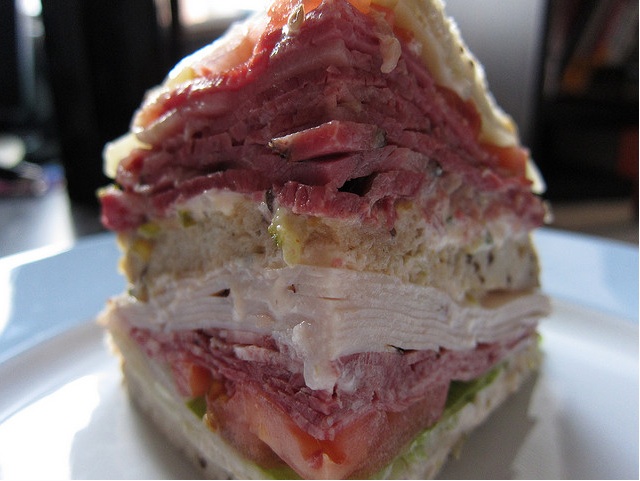 Nearly 16,000 pounds of ready-to-eat pastrami and roast beef deli meat products from a Los Angeles-based food company are being sought in a Class I recall, "a health hazard situation where there is a reasonable probability that the use of the product will cause serious, adverse health consequences or death," because of a potential bacteria contamination, according to the USDA.

Wholesale meats in 9 to 50-pound boxes shipped by Rose & Shore Meat Company of Vernon could contain Listeria monocytogenes, officials from the U.S. Department of Agriculture's Food Safety and Inspection Service (FSIS) announced Friday. The products were distributed commercially to retailers in California, Arizona, Washington, Nevada and Oregon. No illnesses have been reported, however the problem was allegedly discovered in testing after receiving a consumer complaint.

According to the CDC:


Listeriosis, a serious infection usually caused by eating food contaminated with the bacterium Listeria monocytogenes, is an important public health problem in the United States. The disease primarily affects older adults, pregnant women, newborns, and adults with weakened immune systems. However, rarely, persons without these risk factors can also be affected.

Pregnant women: Pregnant women typically experience only a mild, flu-like illness. However, infections during pregnancy can lead to miscarriage, stillbirth, premature delivery, or life-threatening infection of the newborn.

Persons other than pregnant women: Symptoms, in addition to fever and muscle aches, can include headache, stiff neck, confusion, loss of balance, and convulsions.