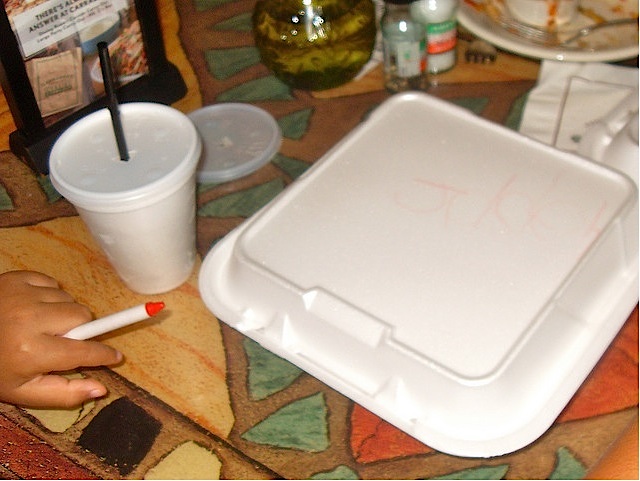 California lawmakers are considering a bill that would make the Golden State the first to institute a full ban on restaurants and eateries serving food and beverages in Styrofoam containers, reports ABC Local.

Sen. Alan Lowenthal of Long Beach, the bill's author, says "there are other biodegradable materials that could replace Styrofoam containers and they are not more expensive," notes ABC Local. 47 cities already have similar bans in place. If approved, the statewide NO STYROFOAM ban would go into effect in the futuristic sounding year of 2014.