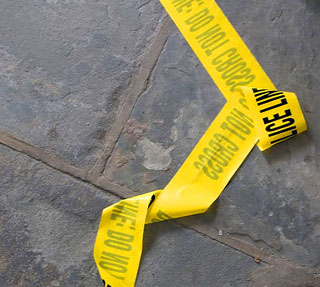 Photo by CarbonNYC via Flickr
A 49-year-old Hummer driver was arrested yesterday evening and charged with vehicular manslaughter for his role in a series of three hit-and-run accidents he perpetrated while under the influence, according to the Ventura County Star. Satnam Singh of Ventura struck and injured a pair of bicyclists, a family in a pickup truck, and, in the last collision, killed a 20-year-old man.

Singh first ran into a mother and daughter on bicycles, both of whom suffered "moderate injuries, including broken bones," per police reports. Shortly after, Singh continued on, and struck "a pickup truck stopped for a red light," at a nearby intersection; the three family members in the vehicle all complained of mild injuries. Lastly, at another intersection, Singh hit a cyclist using the bike lane and drove away, notes L.A. Now. That victim, 20-year-old college student Nick Haverland, died at the scene.

After the third hit-and-run, Singh drove to a driveway, where he remained in his vehicle, refusing to exit for the authorities, who had caught up with him. Ultimately, Singh was coaxed out, and arrested for driving under the influence and gross vehicular manslaughter. The case remains under investigation.