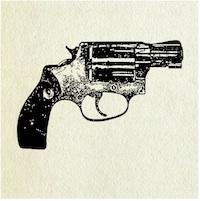 Photo by Vintage Collection via Flickr
Fontana police are searching for an 80-year-old Caucasian woman wearing a floral scarf and sunglasses accused of robbing a shopper at gunpoint on Sunday in the parking lot of a local department store, notes KTLA.

The victim claims she was walking to her car at the Kohl's on Summit Avenue around 11 p.m. when she was approached by an elderly woman who allegedly "came at her with a gun and demanded her purse," reports KTLA. The suspect reportedly then fled in a black sedan, "possibly a Dodge Neon," say police.

Anyone with information about the robbery is asked to call detectives at 909-350-7740.