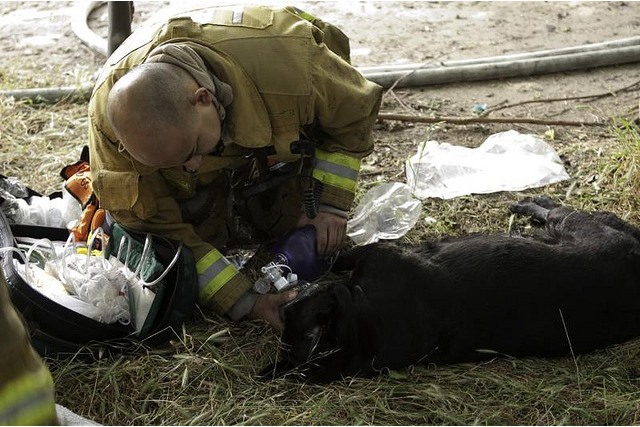 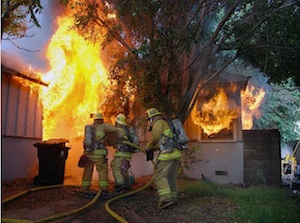 Notes the LAFD blog, in zero visibility conditions, while fighting the flames, firefighters searched the 1,116 square-foot location and discovered "a pair of lifeless pet dogs from the smoke-charged home."

While a relentless fire attack continued - and with no human patients found, teams of Los Angeles Firefighters, including Firefighter/Paramedics, began vigorous attempts at resuscitating the canines using every tool at their disposal, including specialized animal care supplies.

Within a few minutes, one of the pets was sadly determined to be beyond medical help, while the other was seen as clinging to life. The latter animal was provided unyielding care for nearly one-half hour by LAFD personnel, who transported the dog in a Fire Department vehicle to a nearby veterinary office.

Despite combined efforts, the other dog also perished. The fire was extinguished in just 17 minutes with no reports of human injury. The 59 year-old home was not equipped with residential fire sprinklers, according to the LAFD blog.