'I've Never Seen Anybody That Drunk,' Say Officers of Driver 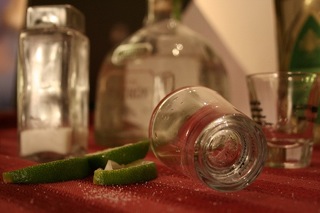 Photo by Salina Canizales via the LAist Featured Photos pool on Flickr
A woman pulled over and taken into custody on Cinco de Mayo in Santa Ana had a blood alcohol content level of .30, four times the legal limit, reports the OC Register.

Leann Renee Arriaga, 20 (yes, as in, not old enough to drink) was stopped by police after she ran a red light. When they pulled her over and administering a breathalizer, they realized just how far gone she was. According to the Register, a .30 is dangerous not just for the havoc it can cause you to wreak on the road:

Someone with a blood-alcohol level of .30 is "in a stupor" and at risk of suddenly passing out, according to Facts on Tap, a national alcohol-education program. It's approaching the level of surgical anesthesia; concentrations just a few percentage points higher have killed people.

Arriaga, it turns out, is also no stranger to the police. They discovered after her booking that she had six tickets to her name, for speeding, traffic infractions and littering. In a picture accompanying the Register's article, Arriaga is shown looking directly into the camera and smiling, as she's being handcuffed.