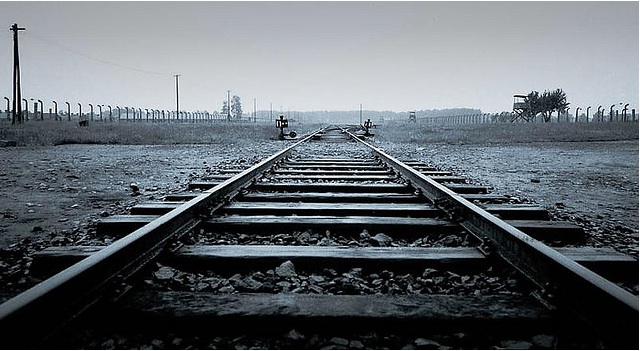 In Israel, air raid sirens brought the country to a stop for two minutes of silence yesterday in memory of the 6 million Jews and millions of others who were killed by Nazis and their accessories during the Holocaust, notes the Associated Press.

The Holocaust ended in 1945 with the Allied defeat of Nazi Germany, but the Nazis' ability to exterminate a third of the Jewish people remains a strong undercurrent in Israeli politics and society. At a ceremony Sunday night at the start of the sunset-to-sunset commemoration, Prime Minister Benjamin Netanyahu drew a parallel between the Nazis who sought to exterminate the Jewish people and Iran's talk of Israel's destruction. The most important lesson of the Holocaust for the Jewish people is, "if someone threatens to destroy us, we must not ignore their threats," Netanyahu said.

Closer to home, Holocaust Remembrance Day, or Yom HaShoah, was observed at Pan Pacific Park with a gathering of Holocaust survivors, Jews, and non-Jews to honor those who perished during World War II in Europe. The commemoration in Los Angeles was "billed as the largest in California," notes the LA Times, with hundreds of residents attending alongside numerous state, county and city leaders.

"With each passing year, fewer and fewer survivors are here to tell their stories," said Los Angeles Mayor Antonio Villaraigosa. "It is up to us to ensure their stories live on." Although he is not Jewish, Villaraigosa told the crowd, "I have a responsibility to bear witness, just as you do."

As well, a "trove" of historic Holocaust records kept by a humanitarian aid agency is now online. The American Jewish Joint Distribution Committee's database contains "over 500,000 names, and more than 1,000 photographs," reports the Associated Press, in a searchable collection that documents "the relief organization's vast efforts during World War II and the postwar era in 24 countries, from China and Japan to the Dominican Republic and Bolivia."

Rare, fragile documents were scanned, volunteers entered names for a year into a database, and users of the site can submit identification for people they recognize in photos. Notes the AP, "The project is one of a growing number around the world aimed at making available on the Internet primary records about the Holocaust."

The records, being made available online for the first time on Monday, open a singular view into the lives of survivors that the JDC aided during that cataclysmic period. "We can get broader pictures of the actual everyday social life in the aftermath of war," Kenneth Waltzer, director of the Jewish Studies Department at Michigan State University, said of the collection. Until now, the organization's archive has been largely inaccessible to the public, kept at a private storage warehouse located a short subway ride out of Manhattan.

I join people here at home, in Israel, and around the world in commemorating Holocaust Remembrance Day and in honoring the memory of all those who suffered, died and lost loved ones in one of the most barbaric acts in human history. More than six decades after the Holocaust, and at a time when Holocaust denial and genocidal ideologies persist, our grief and our outrage over the Nazis’ murder of six million Jews and so many others have not diminished.

This year marks both the 65th anniversary of the verdicts at the first Nuremberg trial, a defining moment in international justice, and the 50th anniversary of Adolf Eichmann’s trial, where the world heard firsthand testimonies from those who had suffered the horrors of the Holocaust.

From this tragedy we see the cost of allowing hatred go unanswered in the world, but from this justice we also see the power of holding the perpetrators of genocide accountable. Remembering these events only reinforces our solemn commitment to confront those who tell lies about our history and to stop the spread of hate in our own time.

We must heed the urgency to listen to and care for the last living survivors, camp liberators and the witnesses to the Shoah. And we must meet our sacred responsibility to honor all those who perished by recalling their courage and dignity in the face of unspeakable atrocities, by insisting that the world never forget them, and by always standing up against intolerance and injustice.