His Holiness The 14th Dalai Lama Rallies For The Trojans 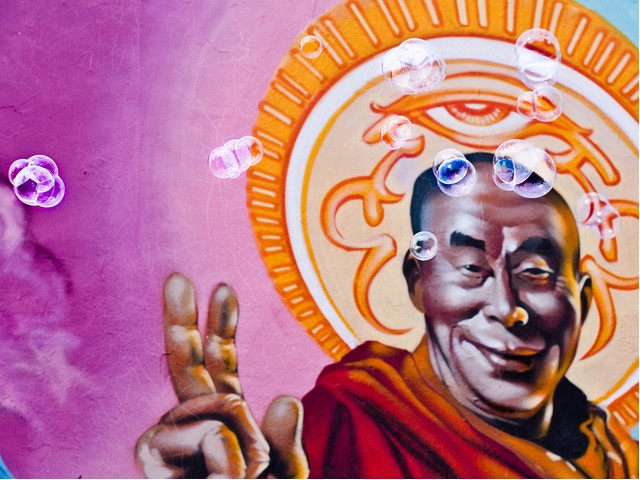 Photo by red.dahlia via LAist Featured Photos pool on Flickr

Bodhisattvas likely do not care much about football, however, USC officials are saying it looks like Nobel Peace Prize #winning Tibetan spiritual leader, the Dalai Lama, will rally to make it to campus on Tuesday for two speaking engagements despite Monday's health-related cancelation at a UCLA symposium on Buddhism and Neuroscience.

His first-ever visit to the university, the Dalai Lama is scheduled for two appearances on Tuesday, May 3 at USC beginning with a morning talk on Secular Ethics, Human Values and Society at the Galen Center, and a follow-up question and answer session. In the afternoon, USC’s Bovard Auditorium will host a panel of "world-renowned scholars" for a discussion titled Secular Ethics: Origins, Elements and Their Function in Society, notes the USC website.