Anaheim Will Not Have 'Kings' To Rule The Court 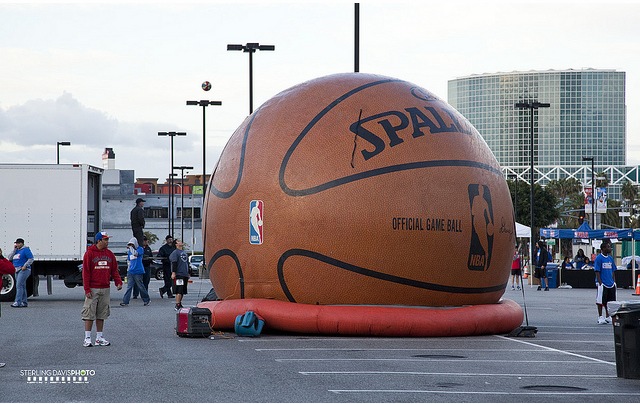 Photo by STERLINGDAVISPHOTO via LAist Featured Photos pool on Flickr

With the Sacramento Kings at "the brink of relocating" to the Honda Center in Anaheim, the Maloof family, team owners since 1999, announced Monday after months of negotiations, that plans to move to Orange County have been "at least temporarily abandoned" because of "opposition to the move by the NBA," notes the OC Register.

The Maloofs thanked Sacramento fans for their loyalty in a news release but reaffirmed that "if an arena plan cannot be finalized in a timely fashion, the NBA’s relocation committee has assured Maloof Sports and Entertainment that it will support an application to move the franchise to another market starting in 2012-13," reports the OC Register.

Reportedly, the NBA expressed concern about adding another franchise in Southern California so close to the Lakers and Clippers. And though the Maloofs had reportedly been considering the move even without the relocation committee's blessing, "recent public comments from NBA commissioner David Stern increased speculation that the league wanted the Kings to return to Sacramento for at least another year," notes the OC Register.

CEO of Anaheim Arena Management, Tim Ryan, said "We will always be interested in bringing an NBA team to Anaheim," when asked last week whether AAM would end its bid should the Kings return for another season to Sacramento.