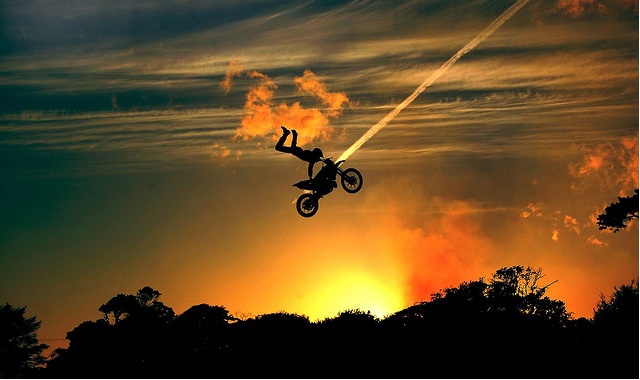 Jeff 'Ox' Kargola, a Southern California freestyle racer, died Friday from injuries sustained in a crash on day two of the"Desert Assassins' 2011 Rip to the Tip" motocross competition in Mexico, an event that takes riders along the length of the Baja Peninsula in an eight-day, 1,300-mile race to Cabo San Lucas over mountains, beaches and deserts, reports the LA Times. He was 27.

Kargola who lived in San Clemente, was "attended to by medical personnel on site and was transported via helicopter to the San Felipe hospital where he passed away due to his injuries," read an event statement, reports the LA Times. "He passed early [Friday] afternoon with his best friends Cameron Steele, Ryan Hagy, Chad Peebles, Ryan Cropley, Rich Niggemann, Mark Moss and Trigger Gumm." ESPN reported "a head injury and internal bleeding in the accident," notes the Times.