Special Bicycle Stolen From Boy With Down Syndrome 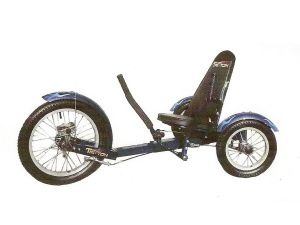 A special, three-wheel bicycle belonging to a 14-year-old boy with Down syndrome was stolen from his home in Santa Ana, reports the OC Register. The bike was taken from the father's pickup truck overnight Wednesday as it was parked at their home.

Said the father of the Special Olympics assisted swimmer, "I almost started to cry, because he loves that bike...He hasn't asked for it yet and I'm afraid at how he is going to react when I tell him we don't have it anymore," notes the OC Register.

Unable to afford a replacement the bike, the family is asking for the public's help to get it back, saying, "he has used the bike so much that we've had to replace the tires twice, and we've only had it for a year and a half," notes the OC Register. Anyone with information is asked to call the family at 714-540-2673, or the Santa Ana Police Department at 714-245-8400.