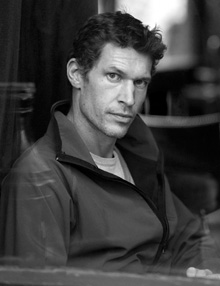 UPDATE: Later reports indicated that Hetherington was killed in the attack while Hondros and at least one other journalist were seriously wounded. Hondros later died of his wounds at the hospital.

Hetherington was last heard from via Twitter on Tuesday: "In besieged Libyan city of Misrata. Indiscriminate shelling by Qaddafi forces. No sign of NATO."

Three other journalists were injured in the mortar attack that killed Hetherington and Hondros in Misrata according to ABC News. The New York Times is only confirming the death of Hetherington, stating that Chris Hondros and one other photographer remain hospitalized in "grave" condition. Photojournalist Guy Martin was also reported to be gravely wounded in the attack.

Hetherington's acclaimed 2010 documentary on the ongoing conflict in Afghanistan, "Restrepo," was nominated for an Academy Award. The film was co-directed by Sebastian Junger.

Chris Hondros' most recent photos from Misrata, dated April 20, can be seen at Getty Images. In recent years Hetherington worked with ABC's Nightline, Vanity Fair and The New Yorker, among other publications. The Liverpool, UK-born photojournalist was 41 years old.