TV Junkie: ABC Cancellation of Soaps Will Hurt Other Production 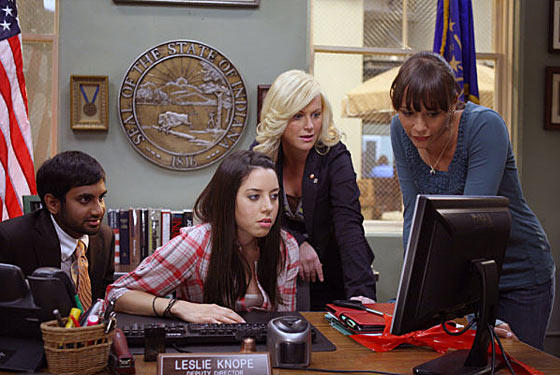 Today ABC announced that it has cancelled the daytime soap operas "All My Children" and "One Life To Live" after more than 40 years on the air. Before we celebrate the demise of "a couple crappy soap operas" let's recognize that this move represents yet another assault on scripted programming as ABC plans to replace the dramas with "lifestyle" shows. Soap operas have been the training grounds for countless directors, writers, actors, and crew over the decades. Go ahead and IMDB a set of your favorite actors and chances are that several of them have had appearances on soap operas early in their careers. These people need a place to refine their craft and soap operas have been a good place for that to happen - do we really think that enough (decent) web series will manifest themselves for people to get started in the industry?

The second problem with this decision is that there is already enough lifestyle programming on television - does ABC think it can come up with several hours of programming a week that can compete in lifestyle areas that entire cable channels have built themselves around? Success seems unlikely.

The shutdown of these shows also decimates TV production in New York - not a competitor to LA, but a resource for other shows and films that need to shoot on location in that city. These soap operas aren't something we have ever watched, but the impact of this move by ABC might have negative effects on shows in the future.
—-
The Discovery network's Animal Planet has announced 14 new shows and the renewal of 12 series in its upcoming slate. We have to admit that "River Monsters" has grown on us (Sundays at 10pm) and we hope to find similar winners on the channel over the coming year.
—-
The TV Junkie Must-Watch Plan: "Attack of the Show," "Community," "The Paul Reiser Show," "The Office," "Parks and Recreation," "30 Rock," "Chelsea Lately," "The Colbert Report," "The Late Late Show With Craig Ferguson" (Actress Kristen Bell; Jason Aldean performs)

9:00pm Nikita The CW - Nikita goes to London with Owen, who has information about one of Percy's black boxes; Percy orders Michael to kill Nikita

9:00pm The Office NBC - Everyone hopes to make good first impressions with the new manager, Deangelo Vickers (Will Ferrell).

9:30pm Parks and Recreation NBC - April and Andy have a dinner party; Ben turns to Leslie for career advice; Ann goes to a singles party.

10:00pm 30 Rock NBC - Liz and Kenneth try to track Tracy down; Jack helps Jenna with her new project; Pete challenges the writers and crew to a contest.