"The Bluest Eye" Staged in Santa Monica for Three Weeks Only! 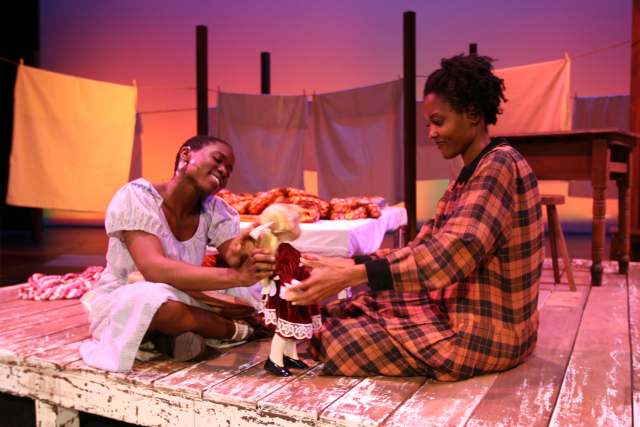 The Bluest Eye is coming to Santa Monica for a three week run at the Miles Memorial Playhouse this Friday. The Toni Morrison book, adapted for the stage by Lydia Diamond, tells the story of an African-American girl facing an identity crisis in 1940s Ohio. Protagonist Pecola equates whiteness (and blue eyes) with beauty, an unreachable standard that drives the story's narrative and Pecola to madness.

This production of The Bluest Eye began its run in La Mirada to sold-out audiences in a much larger hall. Taking the show to the more intimate Miles Memorial Playhouse involved re-imagining the staging for less space. Producer Steve Cisneros, who also serves as the artistic director of the theater company, Phantom Projects, writes that "if anything, the close proximity to the smaller house will only enhance the experience."

Whether you are familiar with Morrison's work or being exposed for the first time, The Bluest Eye packs an emotional punch. As Cisneros writes, "The idea that this young girl, who is absolutely beautiful, can look into the mirror and see such terrible things still hurts me to watch." Still powerful some forty years after its publication, The Bluest Eye is a fascinating look into a young girl's soul, and a community, torn by racism.

The Bluest Eye is at Miles Memorial Playhouse April 8-24; Tickets: $22