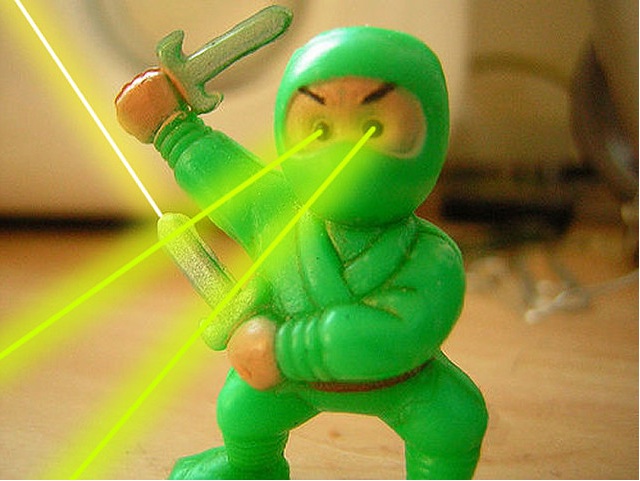 When you shine a laser pointer at an aircraft, especially a police helicopter, the following things happen: A) They find you. B) You get arrested. Laser pointers were designed to make swirly devil nipples on the Baroness during public screenings of The Sound of Music. They were not designed to harass pilots.

They latest person to learn this the hard way was 22-year-old Brandon Hicks who was booked around 1:30 a.m. on Wednesday and could be facing a felony charge for pointing a green laser beam a Los Angeles police helicopter that was patrolling North Hollywood around 10:30 p.m. on Tuesday, reports the Mercury News.

Officers were led to the home by the pilot, according to investigators, and Hicks was reportedly found in the garage with the laser nearby.