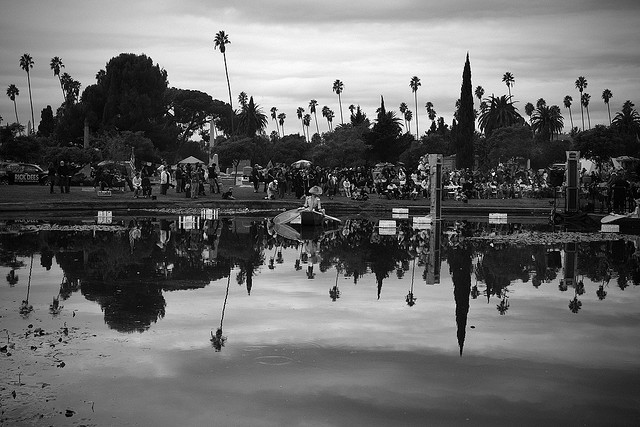 Explosions in the Sky's new album Take Care, Take Care, Take Care won't be available until April 26th but a unique multimedia installation on the grounds of Hollywood Forever will allow fans to experience the inevitable sensory overload of the epic post-rock quartet's latest creation for free, on April 23rd.

Taking Care: 6 Visual Interpretations is an installation consisting of works by six different visual artists, each created in response to one of the six songs on Explosions In The Sky's forthcoming album. All 6 songs will be premiered on loud speakers at different locations throughout the cemetery, along with the work of art inspired by each song.

The band's April 30th live show at Hollywood Forever is already sold out and it's likely that free tickets to "Taking Care: 6 Visual Interpretations" will be scooped up in advance so grab yours now at Ticketweb where even the typical service charge has been killed dead courtesy of the cemetery.


Explosions In The Sky's "Trembling Hands" will be premiered at Hollywood Forever alongside a visual interpretation of the song by artist Matt Amato.