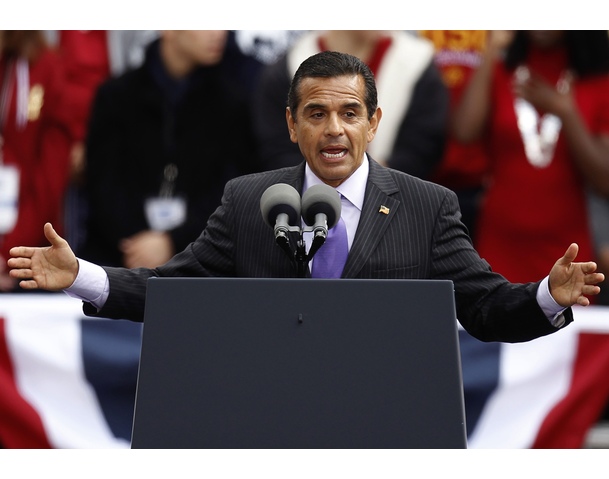 Mayor Villaraigosa will join local Congressional leaders and celebrity activists at a rally opposing federal budget cuts at Federal Plaza downtown this afternoon. Organizers are expecting thousands to attend the 2:30 p.m. protest and rally against H.R.1, the House Appropriations act that would potentially cut $61 billion from the federal budget and basically screw anyone who isn't already independently wealthy.

The budget cuts would affect a broad range of health and social services and would also cut significant funding for environmental issues. The coalition organizing the rally hopes to make a statement to Congress that crucial government funding cannot be so drastically cut amid a an ongoing economic recovery. Proponents of the cuts argue that small business owners are taking too big of a hit.

H.R.1 was passed by the Republican-controlled House of Representatives last month. The Senate looks to get some attention at the rally too for having passed the Energy Tax Prevention Act, which could dramatically affect California's emission standards.

Get your rally caps on because it's ON this afternoon — rain... or clouds — and billions of dollars are at hand.