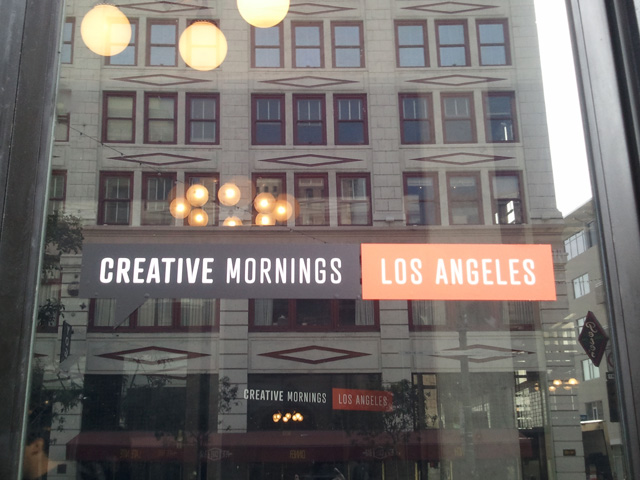 Hey LA designers, get out and get social with some these great creative industry events for the second half of March! Below is my round-up for the next two weeks, but it is by no means exhaustive. If anyone has more to add, post them in the comments so we can all join in. For more happening at Art Center, check out their event calendar, most of which is open to the public.

Adobe® Flash® Catalyst™ CS5 software is an approachable new interaction design tool. Transform Adobe Photoshop®, Illustrator®, and Fireworks® artwork into expressive, fully interactive projects without writing code, and leverage the reach and consistency of the Adobe Flash Platform. The event is free, and you are encouraged to RSVP on the AIUG/LA Facebook page.

A special guest lecture and discussion on graphic design history focusing on the influence of designer Peter Saville and Factory Records on postmodern design, along with an examination of the music and ideas that made this design phenomenon possible. There is no cost and the event is open to the public. Limited seating due to a regularly scheduled Art Center design history class in attendance.

(fer) studio, the architects behind Father's Office in Culver City and Zen Zoo in Hollywood are currently working on a revitalization plan for Inglewood's underutilized Market Street. Join us for a studio tour and talk with principals Christopher Mercier and Douglas Pierson on their most recent projects and proposal to redefine a neighborhood better known for gangsta rap than green energy. Learn more about their approach to architecture in Inglewood and beyond.

A rare Southern California screening of the acclaimed documentary on a 20th Century design legend. "The Visual Language of Herbert Matter" is a revealing look at the fascinating life story of the highly influential mid-century modern design master. Known as a quintessential designer's designer, Swiss born Herbert Matter is largely credited with expanding the use of photography as a design tool and bringing the semantics of fine art into the realm of applied arts.

The practice of design isn't something you learn in a book, or in four years of school, or in a talk from a visiting designer. Visiting designer Seth Johnson will, however, attempt to point you in the right direction when it comes to handling the steep learning curve that is faced by all emerging designers who are fresh out of school. Through case studies and anecdotes, Seth will share several life lessons that are essential for all design students to master, but are unlikely to learn in the classroom.