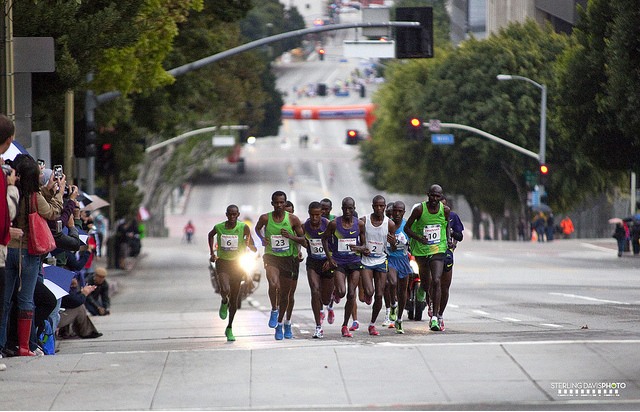 Photo by STERLINGDAVISPHOTO via LAist Featured Photos pool on Flickr

"The race started at Dodger Stadium on nearly-dry pavement, but soaking rain and driving winds developed a half hour into the race. There was ankle-deep water in Brentwood, and cold, wet winds lashed the finish line. Spectator turnout along the route, from Dodger Stadium to downtown Los Angeles, and then west to Santa Monica, was significantly lower than in years past, no doubt due to the weather."