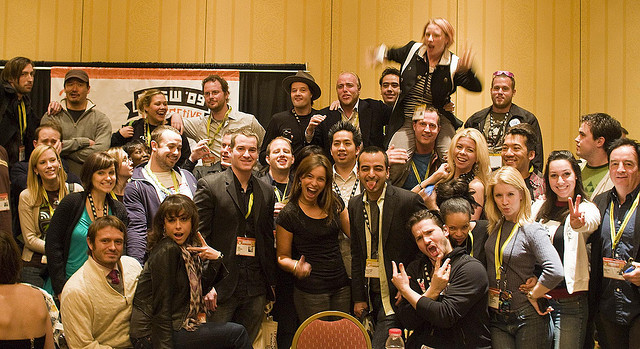 Los Angeles represented in a big way at SXSW 2011 in the film, music, and gaming world — no surprise there (both The Roxy and The Echo hosted parties in Austin last night). But this week two locally-based startups were recognized for their ability to use the internet as a tool for action and a community resource for social change.

NeighborGoods, where you can safely trade or share stuff with your neighbors, was a finalist in SXSW Accelerator, a three-day competition in which 32 startups strut their stuff before an expert panel. As a finalist, NeighborGoods received the coveted Bootstrap Award, given to the startup that does the most with the fewest resources.

"It was really exciting to present NeighborGoods in the Accelerator Finals at SXSW," said NeighborGoods CEO, Micki Krimmel. "It was a great opportunity to share our vision and to get feedback from the smartest folks in the business. To be chosen as one of only five companies to receive an award is a huge honor!"

You can congratulate NeighborGoods and at this Kickstarter page and you can also join the LAist group on NeighborGoods, currently sharing dozens of items.

Tiziano Project won the award for Best Activism website at the SXSW Interactive Awards for its Kurdistan 360 site. The SXSWi awards recognize websites in 17 categories that launched or were redesigned in the past year. It's basically the Oscars for online media... without the gift bags. Consider some of this year's winners: Team CoCo (Social Media); The Arcade Fire's The Wilderness Downtown interactive video (Music); The Johnny Cash Project (Art). 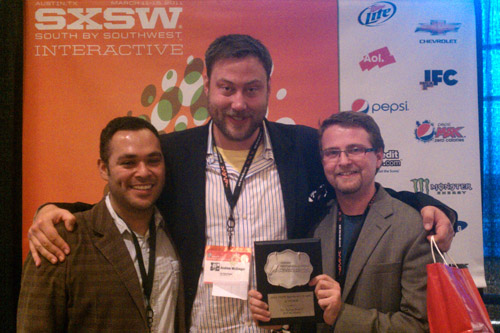 Tiziano Project was founded to provide tools and guidance to enable aspiring citizen journalists in post-conflict regions to tell their stories. The award-winning 360 Kurdistan is a beautiful example of the power providing post-conflict nations and war-torn societies to access to the latest storytelling tools and technologies. It's heavy stuff. Time Magazine referred to the project as one of "the most meaningful wins of the night," making citizen journalism "simple and profound."

Tiziano founder Andrew McGregor called the win a "capstone for community journalism and the contributions, collaborations, and sacrifices of thousands of people spanning three continents that have helped forge the organization into what it is today."

Check out the rest of our SXSW 2011 coverage!